(RNS) A North Carolina high school is facing a legal battle for refusing to allow a club for the nonreligious.

According to a letter sent by First Amendment watchdog groups to school administrators at Pisgah High School in Canton, N.C., an assistant principal repeatedly blocked requests to found a chapter of Secular Student Alliance there.

The letter, sent by the Freedom From Religion Foundation and the North Carolina chapter of the American Civil Liberties Union, state that the students were told such a club would not “fit in” and that no sponsor could be found. The school has about 30 extracurricular clubs.

That response is a violation of the Equal Access Act, the letter states. The act requires all schools receiving federal funds to refrain from discriminating against student groups on the basis of their religious, philosophical or political beliefs. It also requires schools to appoint a sponsor if none volunteer.

The conflict began last October when Ben Wilson, 17, asked assistant principal Connie Weeks for permission to establish a local chapter of Secular Student Alliance, a national organization of nonreligious students with 379 chapters, including 45 in high schools.

Weeks said she was unfamiliar with the organization and would look into it. Wilson and his sister, Kalei, 15, complained that no investigation occurred, requests for sponsors were hindered and additional requests for a club were declined.

When Ben Wilson left the school late last year, Kalei Wilson continued pressing school administrators. She reached out to the national office of SSA, which sent a letter to the school stating its refusal made them noncompliant with the law.

“I want a place where people who don’t have a religion can come and meet people with the same thoughts,” Kalei Wilson said. “This is a way to tell the school that not everybody believes in the same thing.”

Jessica Kirsner, a development associate with Secular Student Alliance, said her organization received 28 similar complaints from students from across the country in 2013 — about one every other week.

“In this case, the school did not respond and the student continued to receive pushback so we took it to our legal advisers,” she said. 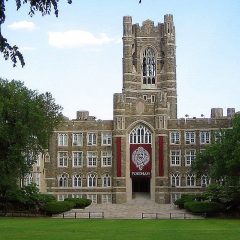 News
Secular Student Alliance has seen growth at religiously affiliated colleges
Follow us on Facebook!
Submit your photos to RNS