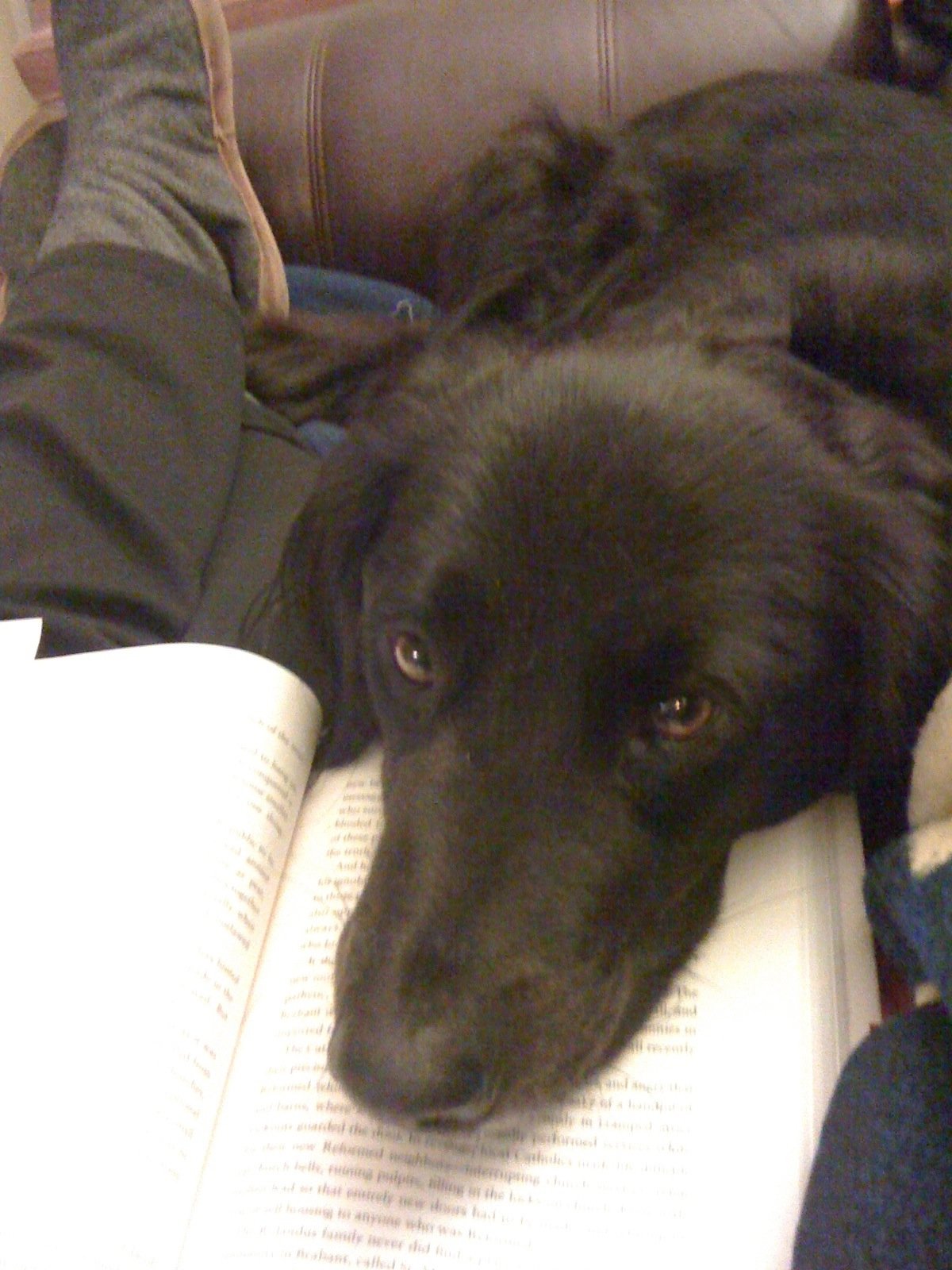 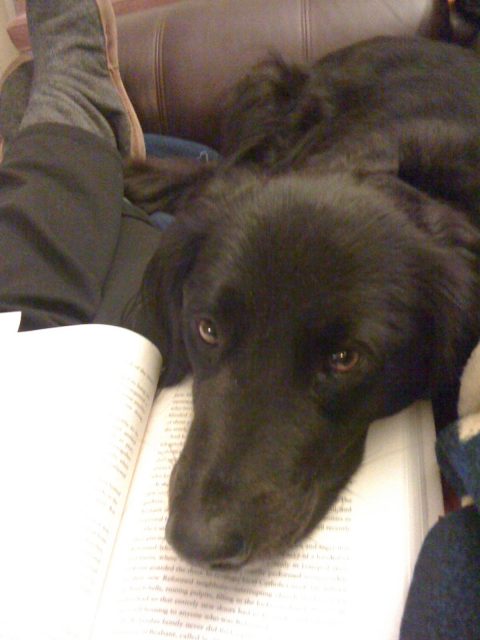 I can tell you exactly when we got Onyx. It was August of 2007, just a few weeks after I’d had a miscarriage.

God had not seen fit to give me another baby, but he did bring me a dog, an introspective black mutt who’d been discarded at an animal shelter. I think I needed him just as much as he needed me.

Right from the beginning, I knew Onyx was different from the many dogs who’d romped in and out of my life, tails wagging. On his first day home, I opened up the back door to let him in the yard and then got caught up in doing something else. Our postage-stamp sized yard was penned in by fencing and heavy bushes, so there was no danger. But when I looked up, the dog had simply disappeared.

I called for him; I dashed around the tiny yard trying to figure out where he could have possibly gone.  When I peeked through a hedge that I thought was entirely impermeable, there, patiently waiting for rescue, was Onyx.  He had fallen just on the other side of the hedge and tumbled more than a foot down into our neighbor’s backyard. I made a hole for myself, jumped down, and lifted him to safety. In all that time, he never whimpered or barked, and did nothing to call attention to himself. He simply waited, hoping that he was not alone in the world.

He learned he wasn’t. And from then on, he became my shadow. 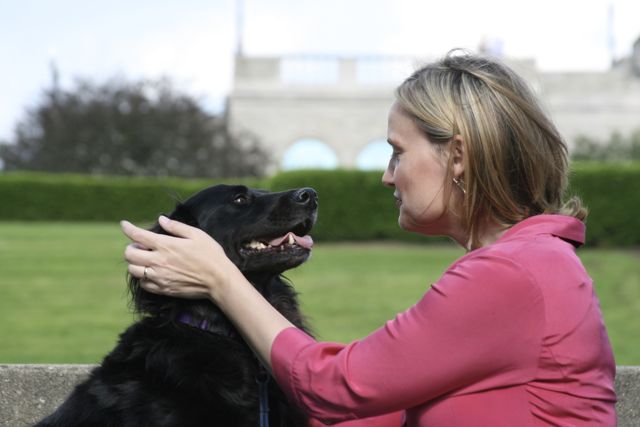 Before Onyx, I had heard of dogs who followed one person around like, well, a dog. However, I had never experienced this firsthand. Onyx has been that dog for me, lighting up when I come home and pining for me when I’m away. A few weeks ago when I was on a business trip, Onyx heard the key in the front door and bounded down the stairs to greet me—only to find that it wasn’t me at the door after all. It was merely my husband, whom Onyx dismisses as “that nice guy that lives with Mama and feeds me sometimes when she’s gone.” So the dog stopped mid-flight and hung his head, then slunk back up to my office alone.

Although there are times when Onyx can be playful, he is primarily a Love Dog, by which I mean that he would be happiest if his whole life consisted of quietly snuggling with me on the couch. If we are watching TV, I have to be careful not to betray too much emotion because Onyx is hyper-attuned to my every expression of distress. Right now we are watching our fourth Olympics together and he will sometimes whine when a skater or skier falls down; if his sixth sense tells him that I’m sad or disappointed, even at something as minor as Evgeny Plushenko’s back injury, he will moan in empathy.

This unfailing canine compassion found its deepest expression when Onyx cradled me through the deaths of both my parents. My father died in October of 2010, and my grief was a complicated amalgam of sadness and anger that this man who had abandoned our family and stolen from my mother twenty-six years before would resurface in my life only in his final days. And then two years later, my mother developed an aggressive form of breast cancer that put her in a coffin within eight weeks of diagnosis.

My grief during my mother’s illness, as the world spiraled out of control and she seemed to degenerate daily before our eyes, was tempered by one thing: the gentle presence of the dog who saw me through it. The forward-thinking nursing home Mom died in allowed pets to come for visits, and did we ever take advantage of that; Onyx slept under her bed or sometimes in the recliner with me, not minding that my hot tears slipped into his fur now and again.

On this Valentine’s Day as I think about love and all my blessings, I’m grateful for a terrific husband and the friends and family members who bring joy into my life. But the creature who has taught me the most about love may be the one sitting next to me as I write this—a dog of sorrows, and acquainted with grief.