He marks the latest entry in a rising trend: Atheist characters in popular TV shows. Last year, two characters on the acclaimed CBS show The Good Wife—including protagonist Alicia Florrick, played by Julianna Margulies—made waves after declaring their atheism. Others in recent years have included Patrick Jane in The Mentalist, Gregory House in House, and Sheldon Cooper in The Big Bang Theory.

Atheist TV characters can be a mixed bag—some are likable, fully realized, and appealingly human, while others come off as caricatures. But just as the increased visibility of LGBTQ (lesbian, gay, bisexual, transgender, queer) people in TV and film has helped humanize LGBTQ people, the growing number of nontheists on TV may combat anti-atheist stigma.

To celebrate the rise of atheists on TV, here’s an unscientific ranking of five of the best fictional nontheist characters to grace American TV screens in the last five years: 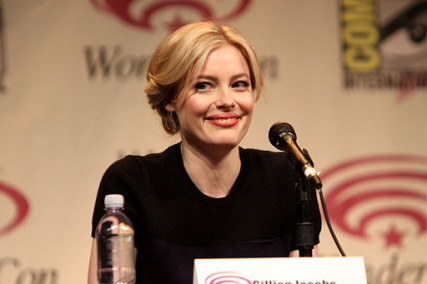 Gillian Jacobs speaking at the 2012 WonderCon in Anaheim, California. Photo by Gage Skidmore via Wikimedia Commons.

Her friends may use her name as a synonym for screwing up, but Britta (played by Gillian Jacobs) is truly the earnest, justice-oriented core of Dan Harmon’s hilarious and heartfelt Community, currently in its fifth season on NBC. While she’s every bit as flawed as her study group friends—a recent episode revealed that Britta smoked weed at devout Christian character Shirley’s son’s baptism—she’s also an endearing and ultimately winning atheist presence on one of network TV’s best-reviewed shows.

During the season one episode where she revealed her nontheism, Britta called for tolerance regarding the group’s diverse religious beliefs. And when she and Shirley (Yvette Nicole Brown) argued about religion in season three, Britta made a cogent point rarely heard on TV—or anywhere else: “Your religion isn’t the same as morality, and calling me amoral because I’m atheistic is religious persecution.”

Interestingly, Jeff Winger (Joel McHale) gets more flak for being agnostic than Britta does for being atheist. When Jeff talked about his agnosticism in season one, the study group groaned and Pierce Hawthorne (Chevy Chase) said, “Agnostic! The lazy man’s atheist.” 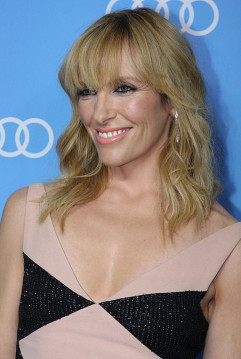 ‘United States of Tara’ star Toni Collette at ‘The Way Way Back’ premiere at the State Theatre in Sydney. Photo by Eva Rinaldi via Wikimedia Commons.

The fourth episode of the first season of United States of Tara—a Showtime comedy-drama about a woman living with dissociative identity disorder, created by Oscar-winning writer Diablo Cody and executive produced by Steven Spielberg—opened with Tara declaring, “I don’t believe in God.” While her atheism wasn’t central to the series, it was refreshing to hear a rich, complex character state it in such plain terms. Toni Collette won an Emmy and a Golden Globe for portraying Tara, a courageous woman who clearly believed in many things—her family, her art, and being kind to others. And though it was cancelled in 2011 after just three seasons, United States of Tara is still beloved; just last week Entertainment Weekly published an essay saying that they’re “still not over” its cancellation.

Atheist viewers cheered when Piper Chapman—protagonist of the acclaimed Jenji Kohan series Orange Is the New Black, which premiered on Netflix last year—delivered this rousing speech in an episode near the first season’s end:

“I can’t pretend to believe in something I don’t… I believe in science. I believe in evolution. I believe in Nate Silver, Neil deGrasse Tyson, and Christopher Hitchens—although I do admit he could be kind of an a–hole. I can’t get behind a supreme being that weighs in on the Tony Awards while a million people get whacked by machetes. I don’t believe a billion Indians are going to hell, I don’t think that we get cancer to learn life lessons, and I don’t believe that people die young because God needs another angel. I think it’s just bullsh-t… Feelings aren’t enough. I need it to be real.”

Will the show explore Piper’s atheism further? We won’t have to wait long for an answer: Netflix just announced that season two premieres in June. 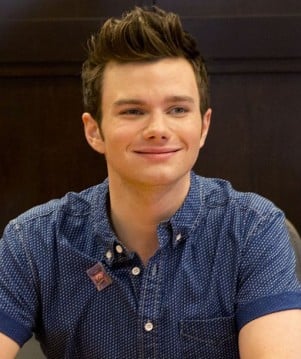 The Ryan Murphy sensation Glee launches its sixth and final season on Fox later this year. I haven’t seen it in a while but I was a fan of season two’s “Grilled Cheesus”—which not only highlighted the atheism of two main characters, but presented them as the most sympathetic, compelling people in the episode.

Struggling after his father’s heart attack, Glee club member Kurt Hummel (Chris Colfer) stood up to friends who challenged his atheism in the face of tragedy. Kurt was also the heart of the episode, telling his father, “I don’t believe in God, Dad, but I believe in you.” And when a character told atheist cheerleading coach Sue Sylvester (Jane Lynch) that she was arrogant—a charge directed at atheists regularly—Sue responded, “It’s as arrogant as telling someone how to believe in God; and if they don’t accept it, no matter how open-hearted or honest their dissent, they’re going to hell. That doesn’t sound very Christian, does it?” Surely many theist and atheist viewers alike agreed. Okay, I’m going to break my five year rule; the brilliant Freaks and Geeks, created by Bridesmaids director Paul Feig and Knocked Up director Judd Apatow, aired in 1999-2000. But this cult classic has had a long shelf life: TV Guide named it the best “cancelled too soon” show and one of the greatest TV dramas of all time just last year.

The protagonist’s nontheism came up throughout the series—most directly when she smoked marijuana for the first time and admitted to a deeply religious childhood friend, “I don’t believe in God… God doesn’t make sense.” And the show’s first episode painted a moving picture of how she realized her atheism. In an exchange with her brother, Lindsay (Linda Cardellini) said:

“Did Mom and Dad tell you I was the only one with Grandma when she died? … She grabbed my hand, told me she didn’t want to go… I said, ‘Well, you know, can you see God or heaven or a light or anything?’ [And she said] ‘No. There’s nothing.’ She was a good person all her life and that’s what she got.”

Who are your favorite atheist characters on TV? Who did I leave out? (Before you protest: Louie creator Louis CK doesn’t consider himself an atheist.) Do you disagree with any of my choices? Let me know in the comments.