TORONTO (RNS) Roman Catholics in Ottawa are no longer permitted to deliver eulogies during funeral Masses, the local archbishop has decreed. 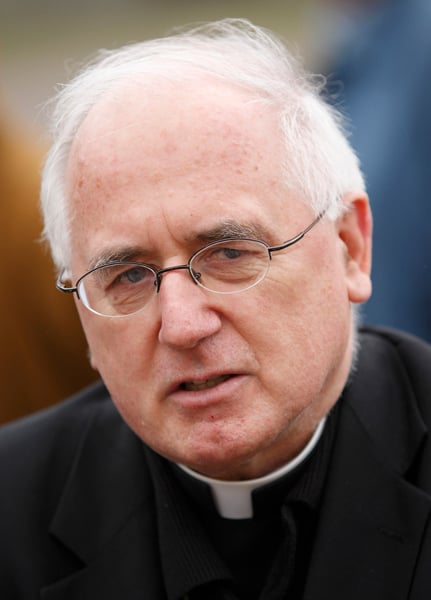 The Feb. 2 decree from Archbishop Terrence Prendergast reminds the faithful that Catholics gather at funerals “not to praise the deceased, but to pray for them.”

Contrary to popular belief, eulogies “are not part of the Catholic funeral rites, particularly in the context of a funeral liturgy within Mass,” the decree stated. Many Catholics, it pointed out, do not know this.

Priests are “strongly” urged to encourage Catholics to speak publicly about loved ones outside the Mass — at funeral homes, receptions, or in a parish hall.

In an interview with the Canadian Broadcasting Corp., Prendergast conceded that eulogies at Catholic funerals “had crept in” but that “technically, the books that guide us don’t allow them.”

Eulogies are “words of praise without reference to God,” he stated, while a Mass “is an act of faith.”

However, Prendergast said the church was facing increasing pressure from families to have more, and even multiple, eulogies at funerals.

To that end, a compromise was reached: The decree permits “words of remembrance” to be delivered, but with three conditions: They must be spoken at the beginning of the liturgy; must be one page of text taking three to four minutes to read, with mention of the deceased’s “life of faith”; and they should be read from a place other than where Scriptures are recited.

Prendergast said Catholics have lost the “sense of the importance of the funeral Mass, that we pray for the person. Most people when they go, they canonize the person. I hope they won’t say that about me because I know I’m only going to get into heaven with the prayers of the faithful.”

Elsewhere in Canada, a similar situation arose in 2003, when the bishop of Calgary, Fred Henry, issued a pastoral letter banning eulogies at Catholic funeral Masses.