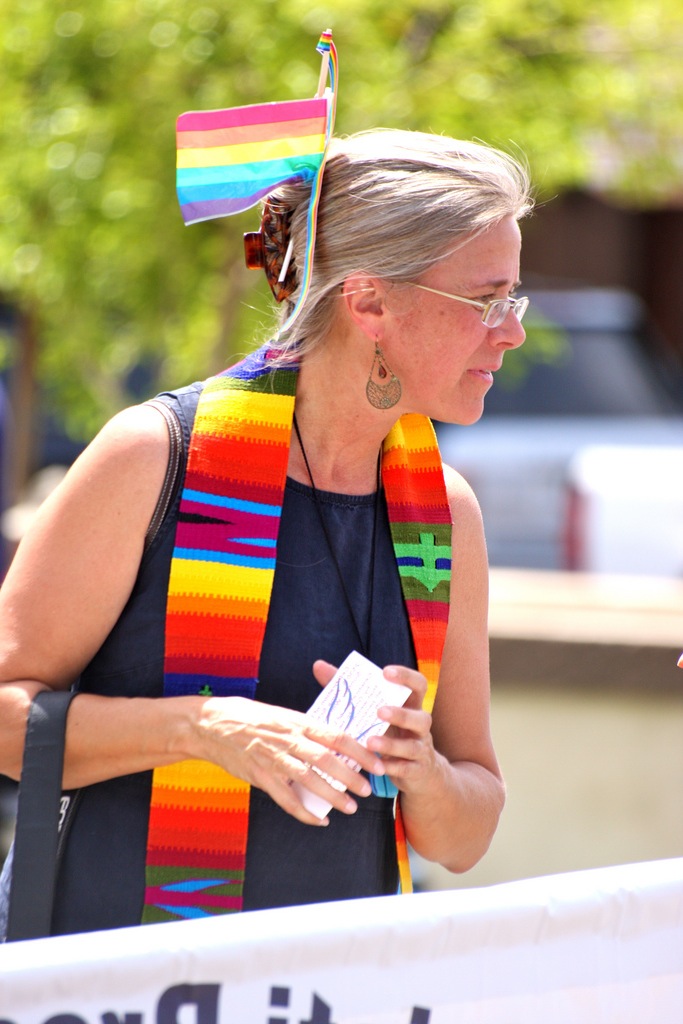 The Arizona bill vetoed by Governor Jan Brewer is known as the "anti-gay bill" even though it included nothing specific to LGBT citizens. Unlike recent legislation considered in Kansas, South Dakota, and other states, the Arizona bill does not focus on same-sex marriage. From top to bottom, the language of the bill is solely about religion. It does not single out types of religious beliefs (e.g., sexuality or marriage) or favor one religion over another.

Yet, this bill was destined to become an anti-gay bill.

Proponents of the bill should not blame the media or gay rights groups for spinning the bill. They should to blame legislators and activists on their own side who presented gays and lesbians as threat number one to religious liberty. This may reflect homophobia. It may have been a poor rhetorical tactic. Whatever the cause, proponents made the bill about gays because they themselves saw it as such. There were some religious liberty advocates who made the case that the bill was broader than that one case, but in the main, those who voiced support for the bill used examples such as the New Mexico photographers who was sued because they refused to photograph the wedding ceremony of a lesbian couple.

Research on tolerance has, for decades, shown that most of us are not tolerant. We base our decisions about liberty based on the person or group in question. If someone sees the Arizona bill as protecting their religion or other faiths that they like, then they'll probably support it. But opponents will think of religious groups that are threatening or extremist who would use the bill to protect objectionable practices: Christian identity groups who would discriminate against blacks, ultraconservative Muslim men who would not interact with women, or an atheist who would refuse services to people of any faith.

Given this reality about psychology of tolerance, supporters of the Arizona law should have talked about religious groups that most people like.  Talk about nuns who might be required to use funds to support contraception coverage. Give examples of Native American religions who cannot practice their religion because of drug laws. If you wanted to be really clever, turn the Arizona's reputation on its head and talk about how this law would allow businesses to deny services to racists and others whose values violate the social justice beliefs of the owner.

Backers of the bill should have focused on sympathetic religious people being protected against nefarious threats. The problem was that, unlike most Americans, proponents of the law saw gays as this nefarious threat. Opponents said the bill would allow dogmatic, bigoted religious folk to discriminate against those whose rights and relationships should be valued. Proponents saw the bill protecting devout, God-fearing Christians against gay couples who would force them to participate or endorse their "lifestyles." But in both cases, the facts were the same: a conservative Christian business owner being allowed refusing business to a gay couple.

CNN's Anderson Cooper interview with Arizona State Senator Al Melvin epitomizes the rhetoric for and against the bill. Cooper brought up sympathetic cases of people who may be harmed by the new law including gays, single mothers, and divorcees. In other interviews, Cooper said that the bill would protect racist Christian Identity churches and Satanists (he was right).

When pressed, Melvin could not give one example of a business or organization in Arizona who needed the protections of this bill. The threat, he said, was a national threat to religion by those who would attack traditional marriage.

“All of the pillars of society as we know it today is under attack including religious freedom,” Melvin said.

When Cooper asked who was attacking religious freedom, Melvin's response was the opposition to Arizona's successful ballot initiative defining marriage as the union between one man and one woman.

The Arizona religious freedom bill became an anti-gay bill because the bill's backers agreed with the opponents that the bill was about gays. Backers saw gays as a threat to religious people; opponents saw expanding religious liberty as a threat to LGBT rights. Backers of the bill may want to blame the media or gay rights groups, but they should look first to the rhetoric and beliefs of their own supporters.