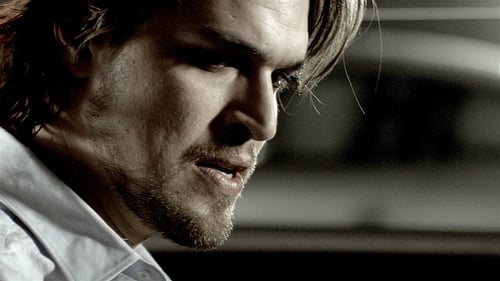 HeLLO, Jesus. Actor Diogo Morgado will portray the son of God in the upcoming film of the same name. Photo by RTP via Flickr (http://bit.ly/1pz4uug)

We interrupt our regularly-scheduled (All Oscars, all the time) programming to bring you coverage of, well, Hot Jesus.

In an upcoming theatrical release — Son of God, based on the Roma Downey/Mark Burnett miniseries The Bible — stars Portuguese actor and former model Diogo Morgado in the titular role. While I will say it’s great to see a non-white actor in the role of Jesus (sorry, Megyn Kelly), I admit that when I first saw a still from the movie,I couldn’t look away from those six-pack abs, that angular jaw, those piercing eyes. In the immortal words of Joey Tribbiani: How YOU doin’, Jesus?

Of course, there is an enormous difference between Diogo Morgado (or any actor) portraying Jesus and, you know, the son of God himself. This is the difficulty faced by anyone who would portray Jesus at all, and is the rationale behind some Christians’ understanding of Exodus 20:4: ” You shall not make for yourself a carved image, or any likeness of anything that is in heaven above…”

But we don’t want to imagine Jesus with a potbelly, do we? We say that because he was a carpenter for much of his life, he must have been not just strong, but ripped. Muscular. Washboard abs, flowing hair, neatly trimmed beard. And maybe he was! But that doesn’t seem to be what Isaiah was getting at when he wrote this:

“For he grew up before him like a young plant, and like a root out of dry ground; he had no form or majesty that we should look at him, nothing in his appearance that we should desire him.”

And Josephus, in his Antiquities of the Jews:

“Now there was about this time Jesus, a wise man, if it be lawful to call him a man; for he was a doer of wonderful works (and his abs, oh my GOD, you’ve never seen abs like these. You could wash your laundry for a week right there), a teacher of such men as receive the truth with pleasure.”

Man, that Josephus was really hot and bothered! Jokes aside, though, here’s the thing that I keep coming back to: The importance of the body is a central tenet of Christianity. (I am holding back from making so many “studying your body” jokes, it’s insane. You’re welcome.) The lack of description of Jesus’ physical appearance in the Bible is a glaring lacuna, an invitation to portrayal assumed by many as early as the second century AD, when images of Jesus started showing up in the Roman catacombs. As RNS’s David Gibson pointed out in a New York Times article in 2004, popular depictions of Jesus rarely stay close to “archaeological evidence that the average man of Jesus’ day was about 5 feet 3 inches tall and a bantamlike 110 pounds.”

Whatever Jesus’ physical appearance, physical perfection in the eyes of Hollywood was never mentioned in the gospels. And I don’t blame the studios for casting a good-looking man in this role, although as my friend and Christianity Today managing editor Katelyn Beaty pointed out, Paul Giamatti might make a better Christ. Or at least — and no offense to Giamatti — the kind of Christ who I couldn’t picture singing “I’m sexy and I know it.” You know, a little more like the real thing.