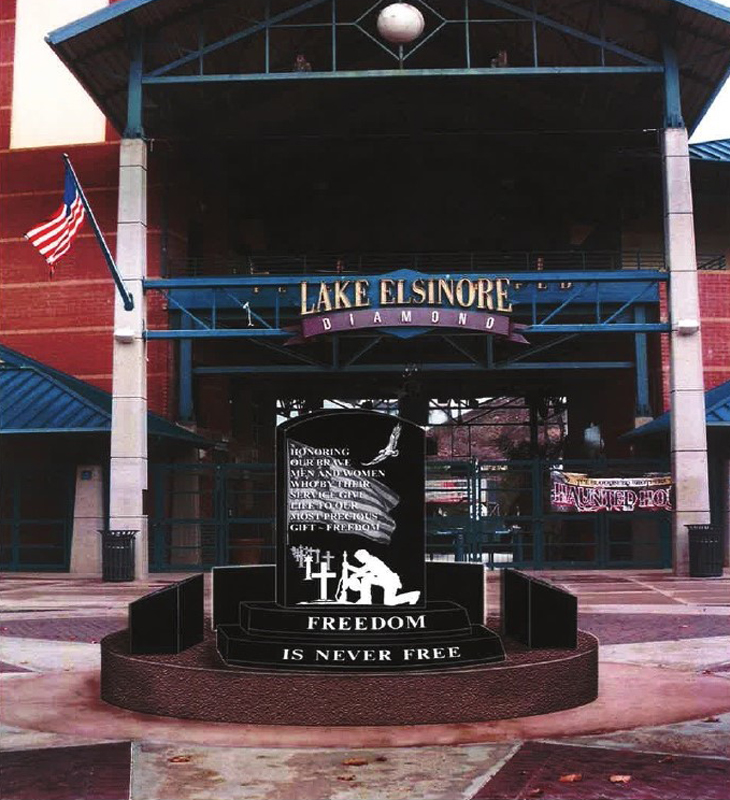 (RNS) A California federal judge has rejected a proposed religious memorial at a publicly owned baseball stadium as a violation of both federal and state laws.

On Thursday (Feb. 27), U.S. District Judge Stephen V. Wilson of California’s Central District ruled that a granite monument depicting a soldier kneeling in prayer before a cross lacked “a secular purpose” and has “the unconstitutional effect” of endorsing religion over nonreligion.

The decision came nine months after a lawsuit was filed by the American Humanist Association, a national organization of nonbelievers. The memorial was planned for city property in Lake Elsinore, Calif., a community of about 53,000 people in Southern California’s Riverside County.

The monument was designed in 2012 by a 22-member committee appointed by Lake Elsinore’s City Council and included its mayor, members of a local veterans group and a representative of the city’s minor league baseball team, the Storm.

When the design was presented to the City Council for review, some residents objected to the memorial’s religious nature. Members of the City Council spoke in support of it, specifically citing its Christian nature as suitable for public property.

Councilwoman Melissa Melendez, a veteran, cited America as “a Christian nation” and proposed the city go ahead with the memorial to test its legality.

“I think at some point you have to take a stand,” she said, according to court documents. Melendez is no longer on the council.

“I hope that if members of the city council still want to honor veterans, they will move forward with a monument design that represents everyone who fought for our freedoms,” he said in a statement.