(RNS) A North Carolina high school student who sought to establish a school club for nonbelievers has reversed course after what she and her family have described as harassment and threats.

Last October, Kalei Wilson, 15, and her brother, Ben, 17, asked to launch a chapter of Secular Student Alliance, a national organization of college and high school students, at Pisgah High School in Canton, N.C.

Documents sent in February by the Freedom from Religion Foundation and the American Civil Liberties Union of North Carolina on behalf of the students claim the brother and sister made multiple requests that were ignored and not dealt with in a timely manner by the school. They warned administrators that ignoring the students’ requests placed the school in violation of the Equal Access Act.

“To me it means change and improvement in the school,” she said at the time. “I hope to teach them more about equality and the separation between church and state.”

But within a week, she reversed course, saying she and her family had been threatened and harassed. They declined to comment for this story, citing concerns for their safety.

Pat Smathers, an attorney for the Haywood County Schools, which includes Pisgah High School, disputes Kalei and Ben Wilson’s claims in a letter written on behalf of school administrators and sent to the foundation and the ACLU-NC and obtained by Religion News Service. He says he undertook an investigation of the matter and has several “concerns,” including the alleged criminal past of Cash Wilson, Kalei and Ben Wilson’s father.

“It is my opinion your allegations on behalf of Kalei Wilson and Ben Wilson … are without merit and baseless,” Smathers’ letter states. “In my opinion, the allegations arise from a manufactured controversy caused by Mr. Wilson’s influence on his children and a desire for publicity and financial gain. Further, that your respective organizations either unwittingly or willingly have participated in the same.”

The Freedom from Religion Foundation said in a statement that it was standing by its original assessment, calling the students’ complaints “credible” and describing the school’s investigation as “retaliatory.”

“It is unfortunate that Haywood County School officials and Attorney Smathers seem to have retaliated against students for bringing forth valid complaints about their ability to form a secular club at their school,” the statement reads. “We are troubled by the report, which contains many factual errors and focuses on matters that are irrelevant to forming a student club. Persons or organizations who may have been defamed and/or retaliated against by the school system might need to consider legal recourse.”

The ACLU of North Carolina also stands by its original assessment of Kalei and Ben Wilson’s claims.

“We will continue to support the right of all students to form extracurricular clubs at their schools,” said Christopher Brook, legal director of the ACLU-NC. “We further call on county officials to respond to such student requests equitably, promptly, and without resorting to tactics that serve to dissuade student free expression.”

Jessica Kirsner, a development associate with Secular Student Alliance, called Kalei Wilson’s reasons for not going ahead with the club “bullying beyond what any student should have to face.”

“We are still thrilled to have Kalei as a member of the SSA,” she said in response to an email query, “as an exemplary student activist, and as an example to other students on how to deal with a difficult situation.” 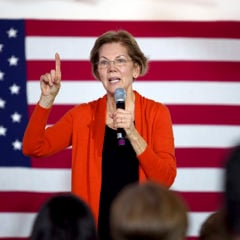 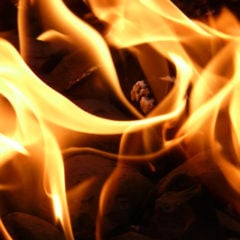 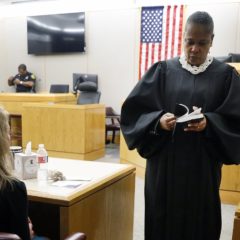