SALT LAKE CITY (RNS) When Mormon leaders sense a decline of moral standards in the world, they roll out sermons on modesty.

When Mormon leaders sense a decline of moral standards in the world, they roll out sermons on modesty. Illustration by Amy Lewis | The Salt Lake Tribune

In the 1960s and early ’70s, they preached against miniskirts and hot pants; in today’s sex-drenched society, it’s spaghetti straps, bare midriffs and skinny jeans.

The message remains largely the same: Cover up, lest you cause the males around you to sin.

It’s often couched in the rhetoric of “virtue” and usually aimed at young women, even girls.

“Modesty is the foundation stone of chastity,” former Young Women leader Elaine S. Dalton said in the May 2007 Liahona, an international LDS magazine. “Just as one does not hike trails inhabited by rattlesnakes barefoot, similarly in today’s world it is essential to our very safety to be modest.”

The next year, the Utah-based faith’s Young Women program added “virtue” as one of the values to which Mormon girls ages 12- 17 should strive, but it was defined chiefly as sexual purity or chastity.

This concern has reached down to girls as young as 4.

Two issues of the Friend, the church’s magazine for children, carried stories about girls who were advised to choose shirts or dresses with sleeves to be modest. One of them tells of little Hannah, who wanted to wear to the zoo a red-and-white sundress that her grandma had given her, but she noticed it didn’t have any sleeves. So her mother put a T-shirt under it. “Now I am ready to go to the zoo,” said the child.

Bare shoulders, even on children, are off-limits in LDS Church publications. An illustration in the December 2011 Ensign, the official magazine for adult Mormons, even added sleeves to female angels in one of painter Carl Bloch’s masterpieces.

“If there’s one thing Mormons are good at, it’s making sure other Mormons are ‘measuring’ up,” said Mormon writer and blogger Emily Jensen.

Modesty matters, Jensen says, but “the way we teach it matters even more.”

“The current discourse on modesty undermines women’s relationship to themselves, to their sexuality, and to men,” LDS sex therapist Jennifer Finlayson-Fife writes in the most recent issue of Exponent II. “Far from protecting females from seeking male approval, the rhetoric on modesty unwittingly reinforces it. At the same time we are taught that pleasing men through sexual availability is not necessary, we are taught to please men and God by covering and suppressing our sexuality.”

Either way, women are sexual objects.

Elder Tad R. Callister, of the church’s Presidency of the Seventy, discussed what he says is “The Lord’s Standard of Morality” in this month’s Ensign.

Among other issues he addressed in a speech at Brigham Young University-Idaho, Callister takes up the question of modesty.

“The dress of a woman has a powerful impact upon the minds and passions of men. If it is too low or too high or too tight, it may prompt improper thoughts, even in the mind of a young man who is striving to be pure,” the LDS leader said.

He was echoing sentiments expressed by many other LDS leaders.

Julie M. Smith, a Mormon writer in Austin, Texas, doesn’t mind the idea of women’s clothing having an effect on men being among the reasons to dress modestly, just not the main one.

Some suggest Callister and Dalton’s approach is damaging.

“I have heard all my life that it is the young woman who has to assume the responsibility for controlling the limits of intimacy in courtship because a young man cannot,” Jeffrey R. Holland, then-president of LDS Church-owned Brigham Young University and now an LDS apostle, said in a 1988 school devotional.

A “sorry drugstore psychology” would suggest that such a man is helpless before such attractions, his “glands have complete control over his life — his mind, his will, his entire future,” Holland said. “To say that a young woman in such a relationship has to bear her responsibility and that of the young man’s, too, is the least fair assertion I can imagine.”

Jana Riess, a popular LDS blogger, comments on this double standard in a recent satirical post for Religion News Service in which she urged young Mormon men to be mindful of what they wear to keep young women from straying to “lustful thoughts.”

“Away with shoulder-baring tank tops during your pickup basketball games in the church gym,” she wrote. “Away with low-slung jeans that drive girls crazy wondering by what defiance of physics your pants don’t drop to your ankles.”

Then, in a twist on Callister’s speech, Riess reminded Mormon men that they will marry “the type of woman you dress for.”

Brad Kramer, a Utah-based anthropologist who studies the effects of language on Mormon communities, argued that there is a distinction between thoughts and actions.

Mormon males “feel a degree of guilt when any sexual desire is triggered by someone other than their wife, and they partially blame and resent the girl/woman in question if modesty rhetoric has given them a pretext for judging their dress as inappropriate,” Kramer said. “You see this play out especially strongly in the mission field, where young men feel the strongest pressure to completely suppress desire. You encounter an awful lot of resentment and sometimes vivid hostility in male missionaries toward local girls and women who trigger sexual desire or attraction.”

The church’s modesty mantra creates deep anxiety about human sexuality, Finlayson-Fife wrote, and “does women (and men) a deep disservice.”

Such anxiety “robs women of self-knowledge, as well as ownership of and confidence in their sexuality.”

Mormon doctrine posits that women are “sexual beings … [with] beautiful, curvaceous bodies,” the therapist writes. True modesty, then, includes honoring womanly sexuality — “neither flaunting it nor masking it.” 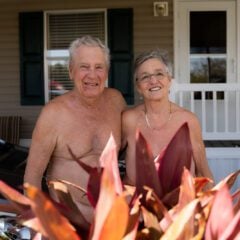