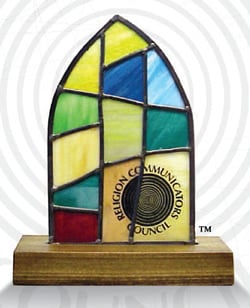 The 2013 awards are to be presented April 5 in Nashville, Tenn., during the council's 85th annual national convention.

The Fall of the Kings by Ellen Kushner and Delia Sherman, Sue Zizza, producer, SueMedia Productions.

Happier Endings, A Meditation on Life and Death by Erica Brown, Simon & Schuster.

Out in Front: Malala Yousafzai and the Girls of Pakistan by David Aretha, Morgan Reynolds Publishing.

"Jonathan Merritt on Faith & Culture" by Jonathan Merritt, Religion News Service, "The Church in the Land of Climate Change," May 29, 2013; "What Southern Baptists Must Do to Slow Their Decline," June 11, 2013; "Transgender Issues Are More Complicated than Some Christians Portray," Aug. 19, 2013.

"One Woman's Journey Out of Faith, Family and Fear" by Kimberly Winston, Religion News Service.

The American Prospect, "The Homeschool Apostates" by Kathryn Joyce, November/December 2013.

Founded in 1929, the Religion Communicators Council is the oldest public relations professional association in the United States. The council has more than 400 members and five regional chapters. Members represent Bahá’í, Buddhist, Christian, Hindu, Islamic and Jewish organizations and work in advertising, print and electronic communication, and public relations.