(RNS) As the number of Muslims in Bangui, the Central African Republic capital, dwindles to an estimated 900, the head of a global alliance of churches has urged tackling the conflict from a political rather than a religious angle if the Muslim exodus is to be reversed. 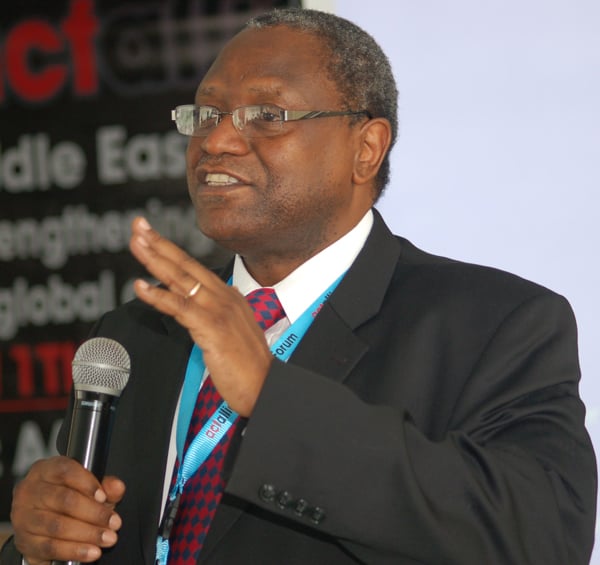 John Nduna, general secretary of the Geneva based Action by Churches Together (ACT- International), says the crisis in Central African Republic must be tackled as a  political issue, rather than a religious one. RNS photo by Fredrick Nzwili

“It is very unfortunate the Muslims have to flee,” said John Nduna, general secretary of the Geneva-based Action by Churches Together, or ACT International. “It is very sad this is happening.”

The alliance is one of the agencies providing humanitarian assistance in the country, where chaos erupted last year after the mainly Muslim rebels toppled the government.

But according to the Zambian-born Nduna, the country’s conflict centers on the denial of privileges.

“The citizens are not getting what they are supposed to,” he said. “This makes it easy to polarize the country, using religion as an excuse.”

Though the republic is rich in minerals such as gold, diamond and copper, ordinary citizens remain poor and lack medical services and education.

On March 7, U.N. Emergency Relief Coordinator Valerie Amos said that less than 1 percent of the city’s 100,000 Muslims remained in the capital. Other cities in the western part witnessed a similar exodus. Antonio Guterres, U.N high commissioner for refugees, said ethnic cleansing of Muslims was occurring in the country.

In Bossangoa town, Roman Catholic Archbishop Nestor Nongo-Aziagbia said the turmoil was continuing, with counterattacks occurring on both sides.

“It is true Muslims are fleeing,” he said. “But many more are sheltering in churches.”