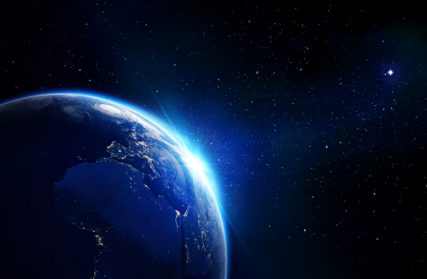 Image courtesy of romrf and NASA via Shutterstock.

The universe, created in the tiniest sliver of a second

It could be the biggest science story of the year. Cosmologists have detected ripples in the fabric of the universe that show it “underwent a fast and incomprehensibly massive growth spurt in its earliest infancy,” according to USA Today. And what they mean by “fast” is “almost instantaneous.” I hope I didn’t wreck anyone’s theology this morning. I know it’s a little early for that.

You Mormon gals, stay outside please

Mormon women who want to attend the the LDS general priesthood session next month have been barred. And they won’t have access to Salt Lake City’s historic Temple Square either, reports the Salt Lake City Tribune. The group Ordain Women will instead be allowed to demonstrate in a nearby “free speech zone,” where critics of the church are corralled. Said Ordain Women founder Kate Kelly:

We have nothing in common with those people . . . . They are seeking to destroy the church. We are not against the church — we ARE the church.

The pope braves the mob

Pope Francis’ plans to pray with victims of organized crime Friday. That’s despite the fact that he was warned last year that his financial reforms were making mob bosses nervous and could expose him to assassination plots.

In related papal news: more evidence of the very collaborative friendship between Francis and his predecessor. The current pope apparently asked retired Pope Benedict XVI to help him with his landmark September interview in which he blasted the church’s obsession with “small-minded” rules.

The Seattle megachurch pastor is apologizing — again. This time, reports Sarah Pulliam Bailey, he bundled together a few years worth of missteps — from plagiarism to a misleading marketing campaign — and wrote a letter to his Mars Hill congregation promising to quit social media for the rest of 2014 to “reset” his life. 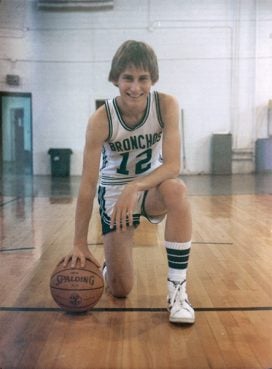 Steve Green, sure of himself

Read our own Cathy Lynn Grossman’s profile of the man behind the lawsuit against Obamacare. My favorite part is about how he and the missus totaled each others’ cars.

The Vatican wasted little time in laicizing Fugee, the New Jersey priest who had been banned (by a civil court) from ministering to children for the rest of his life.  Fugee, reports the Newark Star-Ledger, defied the ban by attending youth retreats and hearing confessions from minors.

Where in America will you find  the biggest celebration of the colorful Hindu festival of Holi? You guessed it: Utah. Katherine Davis explains how a small number of Hindus and a large number of Mormons have come together to create a musical observance of Holi unrivaled on the continent.

The Roman Catholic Church, Church of England and al-Azhar, the Cairo-based seat of Sunni Muslim learning, Monday together called for an end to modern slavery within 20 years, Reuters reports. They want to set aside a day of prayer for the estimated 30 million people enslaved today, and to “slavery-proof their supply chains and investments and to take remedial action if necessary,” while asking governments and business to do the same.

The Forward reports on the ritual of sitting shiva, whereby Jews set aside seven days of mourning and prayer after the death of a loved one. It seems as if the seven days are, among less observant Jews, often collapsed into three, and there’s less prayer, a livelier mood and more catered food.

Sitting Shiva in the midwest usually involves some sort of dinner rolls.

Debated: Whether Mel Gibson deserves to work in Hollywood again eight years after his anti-Semitic tirade.

Closed: Every high school in Borno state in Northeast Nigeria, for fear of attacks from Islamic extremists.

And I was upset because my childrens’ schools were closed because of a snowstorm yesterday. Sign up below for the Religion News Roundup. We’ll put your world in perspective, and won’t spam you either.