PHILADELPHIA (RNS) If the pope were pitched visits the way cities pitch the Olympics, Philadelphia would not be in the running. 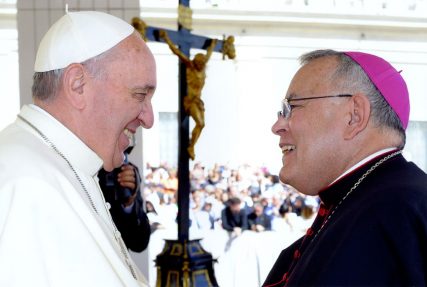 The Roman Catholic archdiocese is financially teetering and wholly demoralized. Parishes and schools have closed, real estate has been sold, the lavish archbishop’s residence unloaded.

It’s been the subject of two separate grand juries investigating priest sexual abuse, and home to the first senior church official to be indicted on charges of failing to protect children.

Yet despite these troubles, an elite delegation consisting of the archbishop, the city’s mayor, the governor and several top CEOs arrived in Rome on Monday (March 24) to invite the pope to visit Philadelphia.

They have every reason to believe he will say yes.

“Maybe what better place than Philadelphia?” asked Donna Crilley Farrell, executive director of the next World Meeting of Families, a Vatican-sponsored conference that takes place every three years. “This was a diocese in a lot of pain, and that’s where the church ministers — where there’s a lot of pain.” 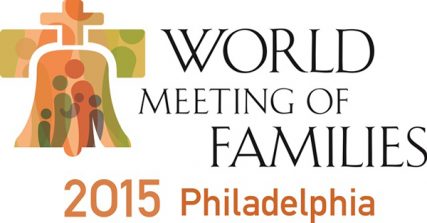 Designated the host city for the September 2015 Meeting of Families, a weeklong conference last held in Milan and presided over by former Pope Benedict XVI, Philadelphia already anticipates an influx of some half million visitors from at least 150 countries. The event will revolve around themes of the gospel and the family, and the value of the family to society.

Should Pope Francis put in an appearance, it would be his first visit to the U.S. as pope. History suggests 1 million to 2 million people might be expected to attend an outdoor papal Mass.

The private sector has so far raised $5 million toward the 2015 family conference. It will be funded privately, not by the city, archdiocese or state, said Lynn Lawson, director of communications for Pennsylvania Gov. Tom Corbett, who, along with Philadelphia Mayor Michael Nutter, is arriving in Rome to invite Francis to visit.

Lawson estimated the impact of the conference on the Pennsylvania economy at $100 million, much of it in hospitality dollars. The conference has already assembled an executive cabinet with CEOs from Comcast, Aramark, Independence Blue Cross, ParenteBeard LLC and the Maguire Foundation.

Some of those CEOs will join Corbett and his wife, Susan, along with Nutter and Archbishop Charles J. Chaput, in a short private meeting Wednesday (March 26) with the pope.

Assuming Evite is out, how, exactly, does one ask the pope over?

The knot of travelers expects to be brought into a private room, without press, be introduced to the pope and tell him, basically, what joy he would bring to the city and state were he to visit.

The governor and the mayor are to do the talking. They won’t be trying to make a case. Presumably, Francis will know why they are there.

They’ll have only a few minutes with the pontiff.

As they left Philadelphia on Sunday evening, the mayor and governor gave a recitation of the city’s charms during an informal press conference. Particularly appealing to Pope Francis would be the city’s status as “cradle of liberty,” of “birthplace of religious freedom,” they predicted.

How could Francis not want to come here?

John McIntyre, the archdiocese’s auxiliary bishop, said the visit could be a “game changer,” one that allows the archdiocese to “turn the corner from what we’ve been through in the past 10 years.”

“Anytime a pope visits a local church, it’s a blessing, a moment of grace,” he said.  “But given what we’ve been through, that could be heightened.”

Despite the delegation’s high hopes, it might be awhile before an official confirmation. The Vatican is known for announcing papal visits with less lead time than the typical mother of the bride has to plan a wedding. It was just earlier this month, for example, that the Vatican announced the pope would go to South Korea this August.

Meanwhile, from coast to coast, invitations for potential side trips are emerging. In Washington, U.S. House Speaker John Boehner issued one, asking Francis to address a joint session of Congress. For the Democrats, Nancy Pelosi quickly signed on. Since then, the matter spawned the catfighting Washington does best.

The only sure thing, according to the Rev. Gerald Fogarty, University of Virginia professor of religion and history, is that nothing is sure with his fellow Jesuit, Francis, who has already set Vatican tradition on its ear and may well do it again. “God only knows with this guy.”