Tonight, hundreds of Mormon women are expected to request tickets to the all-male priesthood session of General Conference.

In this guest post, Kate Kelly, the founder of Ordain Women, explains why she feels that nothing short of full priesthood will suffice for women -- and why this is not a defiant stance, but a faithful one. -- JKR

“But If Not” by Kate Kelly

This evening a group of over 500 Mormon women and our male allies called Ordain Women will meet together at City Creek Park in Salt Lake City and walk together to request entrance to the male-only Priesthood Session of LDS General Conference.

We are paradigm pioneers. We are charting unknown territory, not with handcarts, but with our actions and ideas about how to bring women into equal footing with our brethren in the church that we love.

As with any group that challenges the status quo, Ordain Women has received our share of negative feedback. The boldness of our name has from the very start ruffled some feathers. The "what ifs" flood our inbox and public pages in a pretty steady flow:

It seems the thing that bothers many Mormon folks is our unequivocal stance as evidenced, by what I said in the New York Times: “There is no amount of incremental change, and no amount of additional concessions that the church can make to extend an olive branch to women without changing that fundamental inequality.”

Never one for ambiguity, I think boldly asking for precisely what you desire shows great faith. It shows both faith in God that the church can be a more inclusive place, and faith in our leaders that they can adapt to the needs of their flock.

When I ponder what it means to have unwavering faith, I am inspired by the story of Shadrach, Meshach, and Abednego in Daniel 3.

If the genuine desire of their hearts was not made manifest, they would continue to worship God.

As the founder of Ordain Women, I have faith that the Lord has more in store for the women of the church and that He will "yet reveal many great and important things" [Article of Faith 9] pertaining to Mormon women. The restoration of the gospel continues to unfold, and we as women want to benefit from, and be part of, that continuing revelatory process.

Far from being a defiant or unfaithful stance, I see this as one of steadfast faith and commitment.

We desire not only incremental inclusion and greater roles and responsibilities, but to be on complete equal footing with men. I have stated many times, unequivocally: we want women to serve in all leadership capacities in the church, including Quorums of the Seventy, and as apostles and prophetesses.

I have no doubt in my heart that women will one day be ordained... but if not, I will continue to serve the Lord. 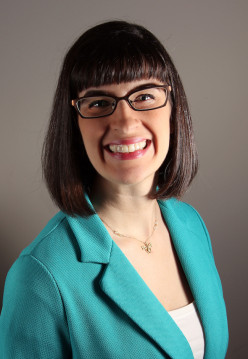 Kate Kelly is an international human rights attorney who lives in Washington, DC. She is a lifelong member of the Church of Jesus Christ of Latter-day Saints, a returned missionary, and a BYU graduate. She is the founder of Ordain Women.

If you are interested in attending, here is the information from the Ordain Women website: "On Saturday, April 5, 2014, at 4:00 p.m., we will meet at Salt Lake’s City Creek Park (110 N. State Street). Following a brief devotional, we will walk together to Temple Square and request to be admitted to the priesthood session. If admitted, we will attend and then return to City Creek Park to celebrate this historic event. If we are not admitted, we will reconvene at City Creek Park and listen together to the priesthood session on portable electronic devices."