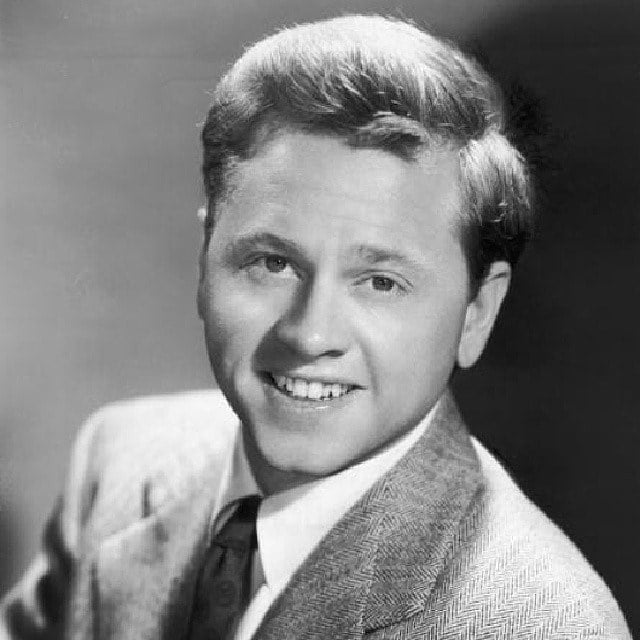 A young Mickey Rooney. Photo by SynergyByDesign via Flickr (http://bit.ly/PH1Ghd)

Mickey Rooney, star of stage and screen, died on Sunday at the age of 93. Although he wasn’t raised in a religious home, the winding twists and turns of his life and career brought him to belief in God near the end of his life. He was, for a time at least, a member of The Church of Religious Science, an institution organized around the idea that God is an omnipresent energy source and that life continues even after death. Later in life, though, he seems to have moved away from Religious Science and embraced evangelical Christianity.

Rooney famously made his stage debut at a vaudeville show when he was just 17 months old — his parents, longtime performers, incorporated him into their act. Rooney (born Joe Yule, Jr.) was just four years old when his parents separated and he moved with his mother to Hollywood, where she took him to the audition that would cement his young fame: Mickey McGuire in the movie series of the same name. Rooney went on to have a storied Hollywood career, filled with peaks and valleys enough to exhaust all but the hardiest lovers of show biz. After his youthful successes — Babes in Arms, Boys Town, A Family Affair — Rooney served for almost two years in the armed forces during World War II as an entertainer, charged with keeping morale high. When the war ended, no one was quite sure what to do with the child star who had grown up and out of the roles he had popularized.

What followed were years of little to no work, appearances on television shows, and eventual (fairly successful) turns on the stage. In 1961, he reprised the role of I.Y. Yunioshi in the film version of Truman Capote’s Breakfast at Tiffany’s. Yunioshi was Holly Golightly’s Japanese neighbor, and that casting decision is still widely derided as one of Hollywood’s most racist moments. For his part, Rooney insisted that the Asian community was thrilled with his work in the movie, although Asian-American groups have protested screening the film in public as recently as 2011.

Rooney was famously married 8 times, a fact which, couple with his diminutive stature (he was 5’2″) made him the punchline of many jokes. He married his first wife, the actress Ava Gardner, when she was 19 and he 21. They divorced after just one year of marriage, and Rooney went on to marry again and again and have, all told, nine children.

In 2013, he and his wife Jan sold their home and began to live apart. They were separating, although they decided not to take any “formal legal procedures to end the marriage.” A biography on the front page of his website says, “Ironically, after eight failed marriages he has never looked or felt better and has finally found happiness in the single life.”

Rooney’s eldest son, Mickey Rooney, Jr., is an evangelical Christian who runs a ministry in Hemet, CA, with his wife Laura. It’s hard to tell whether it was his son who was the impetus for the elder Rooney’s conversion, but in this interview from 2011, Mickey Rooney certainly sounds like a man who has been “born again:”

“Nobody today knows it all. You learn something new every day. But there’s nothing wrong with having faith. And you should take your children to church. Teach them about Jesus Christ and God. God, who makes sunshine, the moon glow, and gives us so many blessings. And, if you go with God and Jesus Christ is your personal savior, and leave the troubles and everything to God, everything will work out for you.

I would say to everybody, time marches on. And it’s a clock, from the moment you’re born, and people today say, well I haven’t got time. Everybody runs out of time. So take your time and enjoy everything that you have today. It will be a blessing to you. And that blessing never stops.”