BOSTON (RNS) Brandeis University is accused of caving in to Muslim pressure after school officials reneged on awarding an honorary degree to Ayaan Hirsi Ali at its May 18 graduation. 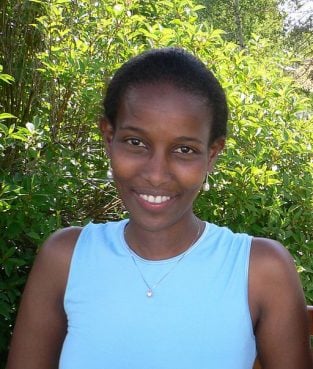 Brandeis University is accused of caving in to Muslim pressure after school officials reneged on awarding an honorary degree to Ayaan Hirsi Ali, pictured here in 2006, at its May 18 graduation.

“Brandeis caved to these thugs,” wrote Pamela Geller, an anti-Muslim activist, at her blog Atlas Shrugs, referring to Muslim groups who lobbied against honoring Ali. At The Jewish Press, Lori Lowenthal Marcus accused Brandeis of a “collapse of rectitude.”

Ali, who was born in Somalia and underwent female genital mutilation, is a passionate advocate for women’s rights. She is also a fierce critic of Islam, and has called the religion “a destructive, nihilistic cult of death.”

“When you advocate for Muslims to be forced to convert to Christianity, and you frame your argument as ‘Islam is evil,’ then Ayaan is an Islamophobe. No ifs and buts,” said Ani Zonneveld, president of Muslims for Progressive Values, an advocacy group. “If Brandeis wants to honor a women’s rights activist it should have honored someone else.”

Ali, now a fellow at the conservative American Enterprise Institute, said there is no such thing as moderate Islam. She has also said Muslim schools in the West should be closed, and in 2007 told Reason Magazine, “we are at war with Islam.”

“Her anti-Islamic rhetoric and toxic writing undercut any work she may have done calling attention to human rights abuses occurring among Muslim populations,” said Anas Coburn, managing director of the Sakinah Project, an anti-domestic violence group focused on Muslim communities.