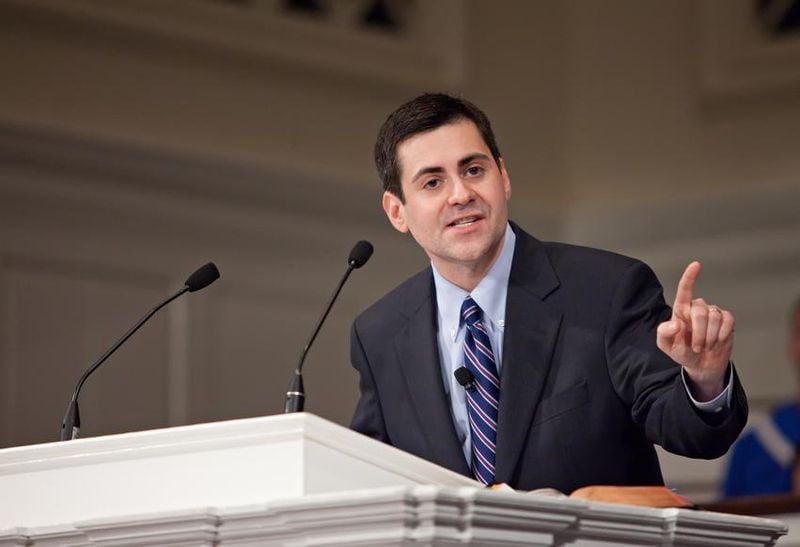 Whither evangelicalism? These days, the cleverest answer on the inside comes from Russell Moore, the theologian who's approaching his first anniversary as president of the Southern Baptist Convention's Ethics & Religious Liberty Commission.

You get a hint of what he's thinking in a recent blog post on same-sex marriage. After avowing the need to keep fighting the good fight -- but with persuasive theology rather than conservative talk show sound bites -- he writes:

Above all, we must prepare people for what the future holds, when Christian beliefs about marriage and sexuality aren’t part of the cultural consensus but are seen to be strange and freakish and even subversive. If our people assume that everything goes back to normal with the right President and a quick constitutional amendment, they are not being equipped for a world that views evangelical Protestants and traditional Roman Catholics and Orthodox Jews and others as bigots or freaks.

For a clearer exposition of what he's got in mind, listen to the lecture he gave earlier this month at Boston College's Boisi Center, entitled "The Prophetic Minority." In it, Moore declares that while the culture wars are not over, the "majoritarian identity" of conservative evangelicals is -- "especially in the Bible Belt." No more can evangelicals believe that the social changes they don't like are being foisted on most Americans by a bi-coastal elite.

In place of the "God and Country religion" of the "old religious right," Moore opts for a community out of the Book of Acts, where Christians "look more to New Jerusalem rather than Mayberry." No more baptizing Thomas Jefferson as a Christian or zoning mosques out of our communities. The prophetic mission is to witness to the full truth of the Gospel, however weird that may seem to society at large. "We may not be a moral majority but Jesus told us not to expect to be a moral majority."

Moore ends his blog post on a hope-springs-eternal note:

Long term the prospects for marriage are good. Sexual revolutions always disappoint, and God has designed marriage, biblically defined, to be resilient. But, short term, the culture of marriage is dark indeed. That’s why we have a gospel that is the power of God.

Whether he believes that or not, what he's selling his folks is a smaller, purer, missionary church. The guys who run Roman Catholicism tried that for the last decade or so, and it turns out the people in the pews like Pope Francis' messy big-hearted church a whole lot better.

Southern Baptists have always been big and messy, they have a long history of God-and-Country majoritarianism in their communities, and they are not happy that their numbers are shrinking. Moore's going to have a tough sell, I bet.