(RNS) A Harvard-affiliated student club will host a Satanic “black Mass” on Monday (May 12) as part of an educational exercise, a stunt that the Archdiocese of Boston says “places participants dangerously close to destructive works of evil.” 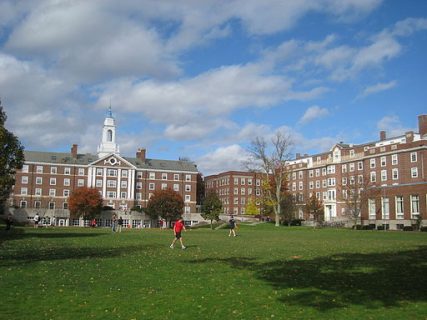 The ritual — based on the rites of the Roman Catholic Mass but altered in ways designed to be offensive or satirical — will be performed by members of the New York-based Satanic Temple. The performance will be an enactment, not a genuine black Mass, temple members said.

The purpose of the Mass is educational, Greaves said. Temple members plan to provide narration, explanation and historical footnotes as they perform.

“Harvard Extension School does not endorse the views or activities of any independent student organization,” it said in a statement on its website. “But we do support the rights of our students and faculty to speak and assemble freely.”

The Cultural Studies Club has held enactments of other religious and cultural events, including a Shinto tea ceremony, a Shaker exhibition and a demonstration of Buddhist meditation.

“Our purpose is not to denigrate any religion or faith, which would be repugnant to our educational purposes, but instead to learn and experience the history of different cultural practices,” a statement composed by the club reads. “This performance is part of a larger effort to explore religious facets that continue to influence contemporary culture.”

Reaction in Boston, especially from the local archdiocese, has been less than enthusiastic.

“For the good of the Catholic faithful and all people, the Church provides clear teaching concerning Satanic worship,” the archdiocese said in a statement. “This activity separates people from God and the human community, it is contrary to charity and goodness, and it places participants dangerously close to destructive works of evil.”

The archdiocese will host a “holy hour” at a Cambridge parish at the same time as the black Mass is held on the Harvard campus.

Lately, the Satanic Temple is enjoying a burst of attention. It is the same group attempting to erect a Satanic monument on the grounds of the Oklahoma Capitol. And in the wake of the Supreme Court’s decision to allow sectarian prayers at public meetings, it offered a Satanic invocation published in the Los Angeles Times.