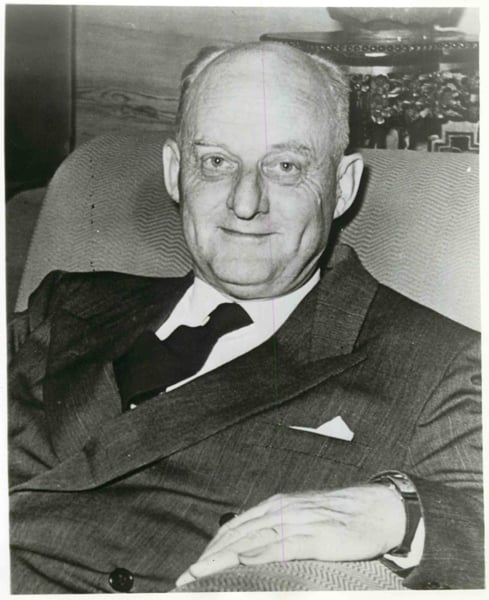 The theologian was Reinhold Niebuhr. The prayer was the Serenity Prayer, commonly quoted as: "God grant me the serenity to accept the things I cannot change, courage to change the things I can, and wisdom to know the difference."

Its adoption by Alcoholics Anonymous and other 12-step programs has propelled it to worldwide renown. I now am able to report that I have uncovered new evidence establishing to a high degree of confidence that Niebuhr did originate the Serenity Prayer.

Sifton’s 2003 book “The Serenity Prayer” featured a specific account of her father’s writing the prayer for a Sunday service in Heath, Mass., in 1943. In no less than 13 places, she characterized Heath as the place and time of composition.

It is because I relied on her story that, when I discovered eight instances of the prayer’s being printed in newspapers and books between January 1936 and April 1942 -- none of which mentioned Niebuhr -- I concluded that he appeared to have drawn unconsciously on earlier versions of unknown authorship.

The year after the Times story, Stephen Goranson of the Duke University Library posted a message on the American Dialect Society’s Internet discussion list stating that he had found an occurrence of the Serenity Prayer in a 1937 Christian student newsletter, which referred to "the prayer attributed to Reinhold Niebuhr."

I quickly contacted the Times editors and alerted them that, in my view, Goranson’s discovery had significantly increased the likelihood that Niebuhr was, indeed, the original author. The Times then published a second front-page story reporting my reaction to the new information.

In “The Yale Book of Quotations” I edited, I had applied techniques of computer-assisted research to trace the provenance of famous quotations and proverbs. When, in the course of that work, I came to one of the most celebrated of all sayings, the Serenity Prayer, I found examples of its use back to 1936 by searching ProQuest Historical Newspapers, NewspaperArchive and Google Books.

After the articles in The New York Times and Yale Alumni Magazine, I enhanced my repertoire of electronic resources with additional newspaper archives.

By searching Newspapers.com, I found that the Santa Cruz Sentinel of March 15, 1933, quoted Winnifred Crane Wygal: "Oh, God, give us courage to change what must be altered, serenity to accept what cannot be helped, and insight to know the one from the other."

The newspaper gave as its source an article by Wygal in The Woman’s Press, a publication of the National Board of the YWCA. I was able to verify that article, "On the Edge of Tomorrow," in The Woman’s Press of March 1933. The wording there was the same as in the Sentinel: It appeared as an epigraph and Reinhold Niebuhr was discussed, but no connection was made between the prayer and Niebuhr.

Although she did not link up prayer and theologian in her article, Wygal was clearly associated with Niebuhr. A biographical note about her from the Schlesinger Library on the History of Women at Harvard states that Wygal did postgraduate work at Union Theological Seminary, studying there with Niebuhr and Paul Tillich.

Wygal did make the crucial connection in her 1940 book, “We Plan Our Own Worship Services.” On Page 25 she wrote, "‘O God, give us the serenity to accept what cannot be changed, the courage to change what can be changed, and the wisdom to know the one from the other.’ (Reinhold Niebuhr).”

That attribution by Wygal might in and of itself be viewed as the final confirmation of Niebuhr’s coinage. There is an even stronger confirmation, however, located at the Schlesinger Library in its 14 volumes of Wygal’s diaries, which, at my request, the library generously assigned a staff member to skim, looking for references to the Serenity Prayer.

Wygal wrote there: “R.N. says that ‘moral will plus imagination are the two elements of which faith is compounded.’
‘The victorious man in the day of crisis is the man who has the serenity to accept what he cannot help and the courage to change what must be altered.’”

Fred Shapiro is an associate library director and lecturer in legal research at Yale Law School and editor of "The Yale Book of Quotations" from Yale University Press. Photo courtesy of Fred Shapiro

The second of those Niebuhr quotations does not fully match the components of the tripartite Serenity Prayer, lacking the "wisdom" or "insight" element, but definitely does include the elements involving "serenity" and "courage."

The 1932 partial Serenity Prayer is the data point that clinches the argument for "R.N." (Reinhold Niebuhr) as Wygal’s source for the prayer and as its originator.

Many of the early occurrences of the prayer were in YWCA contexts; Wygal, a longtime YWCA official, is a highly plausible disseminator for those YWCA usages. Beginning in 1937, other commentators ascribed the origination to Niebuhr, including an attribution in a booklet titled “Prayers for a Busy Day,” published by the YWCA in 1938, and there were no competing claims of authorship until some years later.

Perhaps now we can be serene knowing that the long-standing dispute over who wrote this beloved prayer has at last itself attained serenity.

(Fred Shapiro is an associate library director and lecturer in legal research at Yale Law School and editor of "The Yale Book of Quotations" from Yale University Press. This is an abridged version of an article that appeared in the April 28 issue of The Chronicle of Higher Education.)