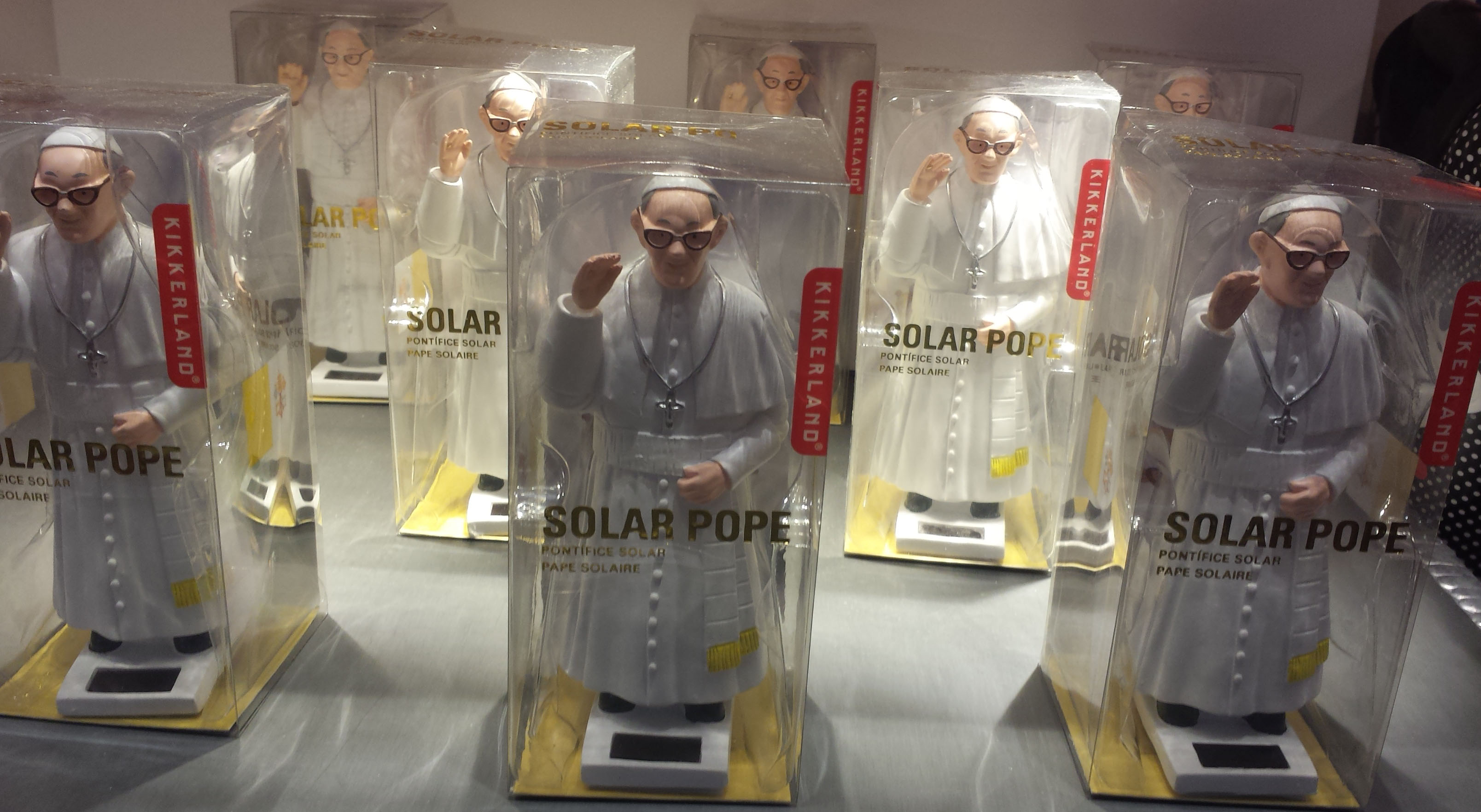 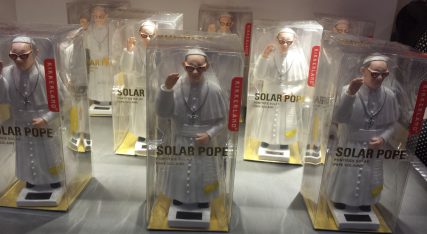 Solar popes can be found in Rome among souvenirs. Photo by Sarah Pulliam Bailey for RNS.

Coming back from a trip to Italy, I can tell you that love for Pope Francis appears to still be strong. You can even get your own solar powered pope blessing in the souvenir aisles.

Speaking of Pope Francis, students at the University of Dallas are spearheading efforts to invite the pontiff to speak at commencement in 2015.

If they're like the class of 2014, though, chances are his invitation might be rescinded. At Haverford College, William G. Bowen, former president of Princeton, called protesters' approach "immature" and "arrogant," and the earlier withdrawal as a speaker of Robert J. Birgeneau, former chancellor of the UC Berkeley, a "defeat" for the Quaker college and its ideals.

Two pastors are no longer listed on a Reformed evangelical group’s leadership after a different pastor from their church confessed to covering up sex abuse claims. Pastors Joshua Harris and C.J. Mahaney have left the Gospel Coalition council after a trial involving child abuse in the church they have both overseen.

The Arkansas Supreme Court has halted gay marriages in the state while a judge in Oregon is expected to rule on the state’s same-sex marriage ban today.

The Utah Supreme Court has halted the issuing of birth certificates to same-sex adoptions.

In the wake of continued discussion about the death penalty, a Utah lawmaker has called for bring back the firing squad as a method of execution.

An American missionary was stabbed to death in Haiti on Friday in a suspected robbery.

Chile's child welfare service is investigating allegations that a Catholic priest was involved in giving babies up for adoption without their parents' knowledge, telling the biological mothers that their child had died.

A man drowned in a Puerto Rico river during a baptism.

In who's-running-in-2016 news, New Jersey Gov. Chris Christie, was courting Jewish donors, calling for a more aggressive foreign policy. The governor, who is Catholic, upset some after making mention of "occupied territories" in a recent trip to Israel.

Finally, a new poll suggests that many Americans skip church -- and then fib about it. It just sounds better. Read all about it.