(RNS) In the first instance of its kind, Southwestern Baptist Theological Seminary, one of the Southern Baptist Convention’s schools, acknowledged it has admitted a Muslim to one of its doctoral programs. 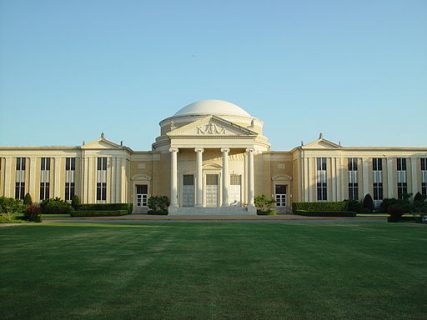 Ghassan Nagagreh, a Palestinian Muslim, recently completed his first year of doctoral studies at the seminary in Fort Worth, Texas. Nagagreh, a Sunni Muslim, has worked with the seminary since 2008 as a volunteer on an archaeological site in Israel. He is pursuing a doctorate in archaeology.

“This young man asked about the Ph.D. program, and I told him we don’t normally admit non-born-again believers to the seminary, but there is no reason we can’t,” said Paige Patterson, Southwestern’s president.

Patterson said that as many as 80 people work on archaeological digs, and only about a quarter come from Southwestern, so it is not unusual to find students and volunteers from different schools and different faiths.

But Nagagreh’s presence at the school has touched off controversy within the SBC.

Wade Burleson, an Enid, Okla., pastor and former member of the SBC’s International Mission Board, posted a lengthy piece on his personal blog on Friday (May 16) accusing Patterson of ordering the administration office to admit Nagagreh in violation of the school’s charter.

Burleson, who describes himself as actively interfaith, said the issue has nothing to do with any particular person or faith but is instead a matter of principle.

“Not only do we have decisions being made secretly and by presidential fiat, we have not addressed the possible use of cooperative funds being used for the education of a practicing Muslim,” Burleson said.

Cooperative funds are collected as part of tithes and offerings at SBC churches and are used for various projects, including missions, relief work and seminary subsidies.

Nagagreh said he has had a very good experience at the seminary thus far and will return for his second year in the fall. Patterson said he agreed to admit Nagagreh because Nagagreh agreed to follow the seminary’s lifestyle covenant, which covers personal behavior such as smoking, drinking and sexual relations.

“I also thought it provided a chance for us to have an influence on his life,” Patterson said.

Meanwhile, Burleson or others may bring up the issue at the SBC’s annual convention June 10-11 in Baltimore.

“The floor of the convention is the worst place for this,” said Joel Rainey, executive director of the Mid-Maryland Baptist Association and adjunct professor at Southeastern Baptist Theological Seminary in Wake Forest, N.C.

“First, we have an odd proclivity for making public arguments into arguments about people, and there is a young man whom God created at the center of this discussion,” he added. “Second, I don’t want our work with Muslims and other faith groups damaged by what might be said in the midst of this debate.”