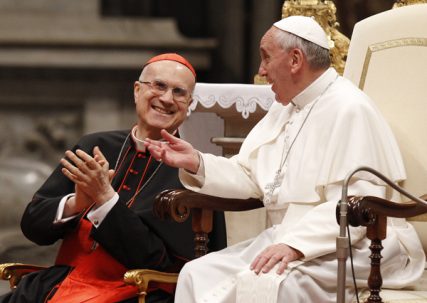 (RNS1-may21) Cardinal Tarcisio Bertone, Vatican secretary of state, reacts as Pope Francis makes a comment during an audience with pilgrims from the Diocese of Bergamo, Italy, on June 3, 2013 in St. Peter's Basilica at the Vatican. For use with RNS-BERTONE-EMBEZZLE, transmitted on May 21, 2014, Photo by Paul Haring, courtesy of Catholic News Service.