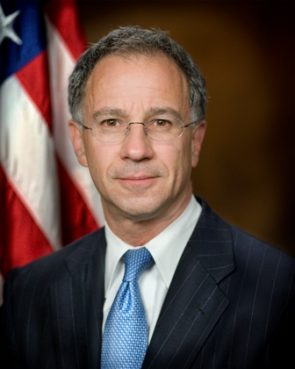 A federal grand jury indicted the four rabbis and one of their sons on various charges of kidnapping, conspiracy as well as attempted kidnapping, a statement from U.S. Attorney Paul Fishman’s office said.

All five face maximum terms of life in prison if convicted on the conspiracy or kidnapping counts.

The rabbis and several others implicated in the scheme were arrested in October at a Middlesex County warehouse as they allegedly waited, torture instruments nearby, for their next target: a Jewish man who had declined to give his wife a divorce, known as a “get.”

“Among them, they carried rope, surgical blades, a screwdriver, plastic bags, and items used to ceremonially record a get,” according to the statement from Fishman’s office.

But the rabbis had tumbled into a setup by authorities. The FBI had begun an undercover operation after becoming aware of alleged assaults and kidnappings involving Goldstein and David Epstein.

According to a complaint outlined in federal court in October, the rabbis and six others charged would, by the necessary means, “convince” a formerly unwilling husband to grant his wife a divorce.

According to the complaint, authorities recorded Rabbi Epstein talking about kidnapping, beating and torturing husbands to force the get, a document that within the Jewish Orthodox community allows a wife to sue for divorce.

“You know, this is an expensive thing to do,” Epstein said. “It’s not simply … basically what we are going to be doing is kidnapping a guy for a couple of hours and beating him up and torturing him and then getting him to give the get.”

The four rabbis and others had been charged with conspiracy to commit kidnapping in October. David Epstein was previously charged in a 2009 kidnapping, allegedly to compel a divorce in a complaint filed on May 15.

(Richard Khavkine writes for The Star-Ledger.)