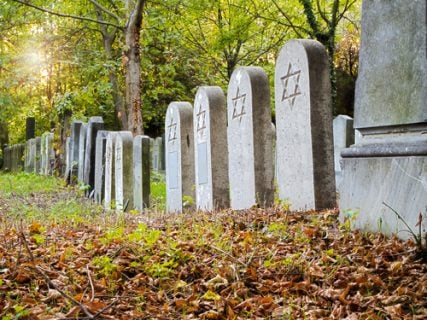 WASHINGTON (RNS) To protect Jewish and other cemeteries worldwide, the U.S. House on Wednesday (May 28) passed a bill that makes desecrating graves a violation of religious rights.

The bill, which now goes to the Senate, adds cemetery desecration to the list of crimes the U.S. condemns as part of the International Religious Freedom Act of 1998. Under the act, the U.S. can impose penalties on foreign nations and individuals for such crimes.

Introduced in the House in February by Rep. Grace Meng, D-N.Y., the bill was suggested to her by Jewish constituents who pointed out the frequent desecration of Jewish cemeteries abroad, especially in nations that once had significant Jewish populations.

“It would combat religiously motivated vandalism of cemeteries and also prevent developers from building over cemeteries, a new and emerging threat in places where there are no Jewish communities left to protect burial grounds,” Meng said of the bill.

The measure passed by voice vote.

Acts against religious freedom that the U.S. already condemns as part of the 1998 legislation include impeding religious assembly, sponsoring slander campaigns and prohibiting the pursuit of education or public office.

The 1998 law also created the independent bipartisan U.S. Commission on International Religious Freedom and an ambassador-at-large for international religious freedom at the State Department. The commission routinely monitors violations of religious freedom abroad and, if the bill becomes law, would add cemetery desecration to its watch list of concerns.

The 1998 act is little known, but garnered some publicity lately with the election this month of  Hindu nationalist Narendra Modi as prime minister of India. Under the act, Modi was denied a U.S. visa in 2005 for failing to quell violence against Muslims three years earlier in the Indian state of Gujarat, where he was chief minister.

Since Modi’s election, however, President Obama has invited Modi to Washington. 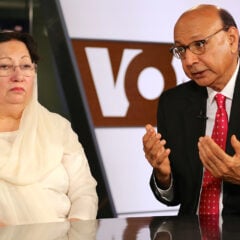