(RNS) In a sign of the precarious state of Presbyterian-Jewish relations, the rabbi who heads the largest branch of Judaism in North America will appeal directly to the Presbyterian Church (USA) to step back from a series of critical resolutions aimed at the Israeli-Palestinian conflict.

Invited to address the General Assembly of the Presbyterian Church (USA) in Detroit, which begins next week, Rabbi Rick Jacobs said the Presbyterians have the choice of making things worse, or better.

“It’s a critical moment,” said Jacobs, head of the Union for Reform Judaism, representing about 1.9 million Jews. “Much is at stake.”

At issue are a handful of proposed statements on the Israeli occupation of the Palestinian territories that will be considered at the biennial meeting of the 1.8 million-member Presbyterian denomination.

Some of the resolutions are new, and some have come before the General Assembly for years. All seek to highlight Palestinian suffering under Israel, which has occupied Palestinian lands in the West Bank since 1967, against international law.

But even to many Jews who are critical of Israel’s occupation, the measures that will be debated in Detroit are an attempt to vilify the Jewish state, question its very existence, and blame Israel alone for the Israeli-Palestinian conflict. There is fear that passage could spur similar movements in other Christian denominations.

A 2012 resolution to pull church investments in three American companies doing business with Israel — deemed abettors of Israeli violence against Palestinians — failed by just two votes after a passionate debate at the last General Assembly.

“In 2012, we got within a whisker,” said the Rev. Jeffrey DeYoe of the Israel/Palestine Mission Network, a PCUSA-chartered group that is supporting the measures. He hopes delegates in Detroit are moved to make a strong statement this year.

“This is oppression, and Christ tells us what to do in the face of oppression — and that is not to put ourselves in the position where we are appeasing the oppressors,” DeYoe said. 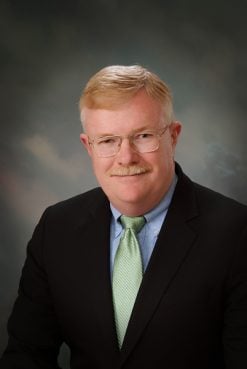 Jacob’s invitation to address the delegates came directly from the Rev. Gradye Parsons, the Presbyterians’ stated clerk, or top elected official. While it’s not unusual for a Jewish leader to speak to delegates, Jacob’s stature is particularly high, and he has been outspoken against what he considers unfair attacks on Israel.

And though Parsons said he takes no position on any issue before the group, and will carry out whatever decision it makes, he is nonetheless keenly aware of rising tensions between Jews and Presbyterians on Israel. He attended a March meeting between Christian and Jewish leaders to revive the Christian-Jewish Roundtable, a group that had fallen apart after Christian members of the group urged Congress in 2012 to give greater scrutiny to U.S. aid to Israel.

Parsons’ invitation to Jacobs also comes in the wake of the January publication of “Zionism Unsettled,” an IPMN booklet on the Israeli-Palestinian conflict sold in the church’s online store.

“Zionism Unsettled” infuriated Jews and some Presbyterians, who criticized it for painting the Jewish state as inherently racist, and failing to consider the Holocaust, Palestinian attacks on Israelis and Israeli efforts toward peace. The document rejects the idea of a two-state solution — one for Palestinians and one for Israelis — a goal endorsed by the U.S., Israel, the Palestinian Authority, and the PCUSA itself.

The alternative to a two-state solution, its Jewish supporters say, would be no safe homeland for the Jewish people, or haven from anti-Semitism.

On Wednesday (June 4), Parsons reiterated the church’s support for a two-state solution, adding: “It’s a false statement to say you either have interfaith relations with our Jewish brothers and sisters or you can have peace and justice in Israel/Palestine.”

“I think you can have both,” he said.

In addition to the divestment proposal, the biennial General Assembly this year (June 14-21) will consider a proposal to boycott Hewlett-Packard products because the company sells equipment used by the Israeli military. Other measures ask the delegates to agree that legal definitions of “apartheid” apply to Israel, and call for a study on whether PCUSA’s support for a two-state solution should stand.

The proposals reflect the goals of the larger “Boycott, Divestment, Sanctions” movement, which seeks to pressure Israel out of the Palestinian territories. The movement, which has an active base of support within many mainline churches and among Presbyterians in particular, has come under criticism for demonizing Israel and tolerating anti-Semitism within its ranks.

“I am certainly one to criticize Israeli policy,” said Jacobs. But the resolutions to be considered by the Presbyterians are part of a very different conversation, he continued, one “about the very legitimacy of the state of Israel.”

Jacobs said Pope Francis, in his May visit to the region, modeled a different approach to the Palestinian-Israeli conflict.

“He said so clearly that love and compassion for both peoples is the Christian response,” Jacobs said. “How can that not be the bar?”