(RNS) According to the title of his new book, Frank Schaeffer is an atheist. 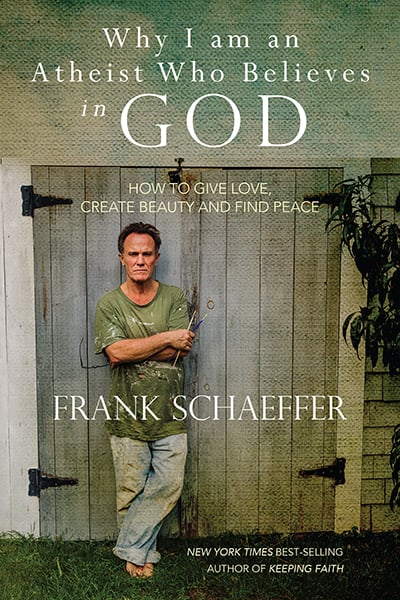 Frank Schaeffer’s new book, “Why I Am an Atheist Who Believes in God,” explores love, loss and the author’s journey to finding peace. RNS image courtesy Frank Schaeffer

But he prays every day. And he goes to church every weekend. Catch him on the right day and he’ll admit he believes in God.

Schaeffer, 62, is comfortable with the confusion. Formerly evangelical royalty — he and his preacher-theologian father, Francis Schaeffer, helped found the religious right — he eschews easy definitions and embraces belief and doubt, certainty and uncertainty, life and all its messiness.

“The fact that I have had a transformative journey has meant one thing,” he said in a telephone interview from his home in western Massachusetts. “I reject labels. The way I identify is as a human being. Life is a journey, not a series of conclusions, and I know that I have changed my mind on things before.”

And how. He’s gone from steeped-in-the-blood Christian to vocal nonbeliever, from Christian conservative to liberal Democrat, from Hollywood director to novelist, from angry young man to slightly less angry older man — chronicled in two best-sellers, “Crazy for God” and “Sex, Mom & God.”

But the new book, “Why I Am an Atheist Who Believes in God,” is less memoir and more distillation of wisdom he’s culled from his own journey. He spells it out in the subtitle: “How to Give Love, Create Beauty and Find Peace.”

Fuzzy declarations like that give many atheists the heebie-jeebies. Not Schaeffer. While he sometimes writes lines that could have spilled from the pen of arch-atheist Richard Dawkins — he calls the Bible “disgustingly misogynistic” — on other pages he seems to borrow an idea from liberal Christians like Jim Wallis. 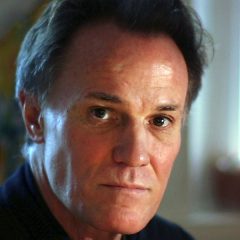 “I also believe that the spiritual reality hovering over, in and through me calls me to love, trust and hear the voice of my Creator,” he writes. “It seems to me that there is an off-stage and an onstage quality to my existence. I live onstage, but I sense another crew working off stage. Sometimes I hear their voices singing in a way that’s as eerily beautiful as the off-stage chorus in an opera.”

So who is this book for? The atheist or the believer? Not surprisingly, Schaeffer won’t commit. But one audience he does want to capture is one he used to belong to and embrace — the young evangelical.

“One of my aims is to unhook them from allegiance to the Bible as something they follow instead of their conscience or, ironically, the example of Jesus,” he said. “That’s the choice you have to make if you are going to be a humanist Christian. I want to introduce younger evangelicals to the idea that they have to recalibrate their loyalty. They can live by the Bible or live by Jesus. They can’t do both.”

That’s a conclusion Schaeffer came to in his own life. Where once he flew around the country in Jerry Falwell’s private plane, was a regular on “The 700 Club” and helped link Republican ideology to the pro-life movement, he now sees those times as a terrible mistake.

That kind of honesty and frankness has brought the book a lot of advance kudos. Blurbing the book, Phyllis Tickle, author of numerous books on spirituality and prayer, said, “Part of the impact here, admittedly, is a result of who Frank Schaeffer is. … Schaeffer’s openness about his own wrestling with the concepts of God and god-ness which he inherited from his parents is heartrending at times, but it is also deadly honest and always unshielded.”

Schaeffer’s dedication to honesty as he sees it led him down another new path. Though he said he had two religious publishers and one secular publisher eager for “Why I Am an Atheist Who Believes in God,” they wanted changes to make it more “atheist” or more “Christian.” So, he said, he fired his agent of 12 years and published it on his own.

“I will go anywhere, do anything, for this book,” he said. “It’s that important to me.”

Later this month, he will appear in Hot Springs, N.C., at the Wild Goose Festival, a kind of Burning Man for the religiously liberal crowd, and will discuss the central message of the book.

“Richard Dawkins, you are in the same boat I am in,” he said. “You don’t have any revealed truth either. I wish we would all just admit that. I embrace that paradox. That is the human condition. Deal with it.”