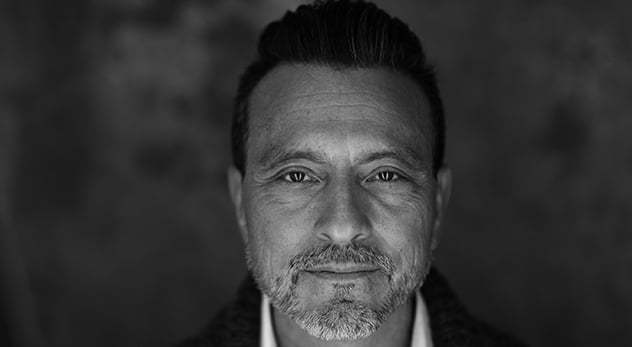 In 2008, Erwin McManus largely disappeared after authoring a slew of bestselling books and traveling the country speaking to tens of thousands. This is why he’s chosen to reemerge now. – Image courtesy of Erwin McManus

In the early 2000s, Erwin McManus penned several bestselling books, saturated the Christian conference speaking circuit, and grew a vibrant Los Angeles church called Mosaic. He became known as a leading voice among Christian creatives and religious innovators during that time. But in 2008, at the height of his popularity, Erwin McManus slipped back into the shadows as quickly as he had sprung from them. No more books, fewer speaking engagements, and far less public interaction.

Six years later, McManus has decided to reemerge with the release of a new book, “The Artisan Soul: Crafting Your Life into a Work of Art.” His message is simple: you were created to be creative. Here, we discuss this idea, how it applies to those who aren’t naturally artistic, and why he retreated from public life to begin with.

RNS: You wrote a whole slew of books between 2002 and 2008, but then you sort of disappeared from the publishing world. Why have you decided to write again now and why come back with this book?

EM: Yes, I made a shift in my life due to many variables and factors. A huge part was the toll on my family and my spirit to be the target of so many mean-spirited people. It really hurt my kids. I didn’t want them to turn from Jesus because of the people of Jesus. But they have both come to me and called me to be a voice for the movement of Christ again. My family is all in and has a deep passion for God and the church.

I also wanted to affect the world outside of the church and be a voice to an unbelieving world. We so often focus on Sunday and hope we are changing the world. I felt compelled to tell great art and tell great stories and allow beauty to point to truth.

RNS: You live in a community of artists in the shadow of the sign that once read “Hollywoodland.” Tell us what that looks like and how it shapes the way you view spirituality and faith.

EM: When you see anything in a concentration or in its extreme it allows you to perceive things differently or more clearly. It’s from this vantage point that the dilemma of human creativity becomes clearer. We are all at our best when we are living out our God given dreams. We are all created with imagination. We are all artisans.

RNS: What’s an artisan soul and how is it expressed by most people?

EM: [tweetable]The artisan understands that we are all works of art and artists at work.[/tweetable] An artisan soul lives life as a creative act. The artisan soul lives a life inspired by love, fueled by passion, and driven to create beauty in the world. There is no one way people express this way of life. That’s the whole point. This is a life where we no longer live a life of conformity, compliance, and standardization.

To live the life of an artisan is to live life uniquely.

RNS: You say that we all carry within us the essence to the artist. What do you say to an accountant or lawyer who responds, “That’s not me. I don’t have an artistic bone in my body!”

EM: [tweetable]You may not have an artistic bone but you have an artistic soul.[/tweetable] The danger is to choose existence rather than life. Every field, every discipline, every domain where humans work, play, and live, is a canvas for imagination, creativity, and beauty.

RNS: You claim the artisan soul does more than reflect. Say more about that.

EM: [tweetable]To create we must not only dream but act![/tweetable] Creativity requires both reflection and action. To create takes great courage.

RNS: You say God has something to say about how we craft our lives. If God were standing in front of an average American Christian, what would God say to that person about how to live better?

RNS: You avoid calling Mosaic a “church” or referring to yourself as a “pastor.” Why?

EM: Being a pastor is a beautiful thing, and I love the church. I just don’t like titles, institutional categories, and jargon—and unfortunately these terms carry a great deal of cultural and historical baggage. We hope Mosaic and “The Artisan Soul” can be a part of creating new language that makes the beauty of the church and the movement of Jesus magnetic to the world we are committed to reaching with Christ.