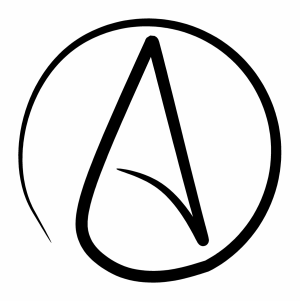 A new survey finds 49 percent of Americans would be unhappy if an member of the immediate family planned to marry an atheist.

(RNS) Brace yourself for family backlash if you plan to marry an atheist.

A new Pew Research survey chiefly focused on political polarization also found Americans divided when someone in the family picks a nonbeliever to marry.

Atheists are the most unwanted future relative, by far. Nearly half (49 percent) of Americans say they would be unhappy if a member of their immediate family picked an unbeliever for a spouse.

Those most likely to say they’d be upset:

By contrast, only 9 percent overall said they would be upset by the prospect of a relative wedding a “born again” Christian.

Marriages between Democrats and Republicans were not nearly as divisive.

The number of people who would be upset if a family member married someone of another political party was less than one in 10 overall. And the percentage was similarly low for marrying someone of another race or an immigrant born and raised in another country.

Temperatures did rise a bit over gun ownership and over a lack of a college education.

Overall, only 19 percent said they would be unhappy to have a gun owner in the family. But Democrats and those who leaned blue were more likely to be unhappy (26 percent) than those who favored the GOP (9 percent).

The lack of a college degree in a potential in-law made 14 percent of respondents unhappy but there was little political or social difference among those who held that view. However, the more educated the survey respondent, the higher their disapproval of a diploma-less relative.

“Clearly, an atheist is the least likely to be welcomed into a family,” said Jocelyn Kiley, senior researcher with the Pew Center for the People & the Press. Although 20 percent of Americans said they have no religious identity, “certainly religiosity matters in the United States.”

The questions were part of a comprehensive look at polarization in U.S. society. The overall survey, conducted from January through March 2014, was of 10,013 people, but only about a third were asked the marriage questions. The margin of error for that portion of the survey is plus or minus 2 percentage points.

Among the major overall findings was that Republicans and Democrats have become more ideologically rigid — and further apart — than ever before. They also hold more sharply negative views of each other than 20 years ago, said Kiley.

This is the first time Pew asked these particular marriage questions so there’s no comparison to the past.