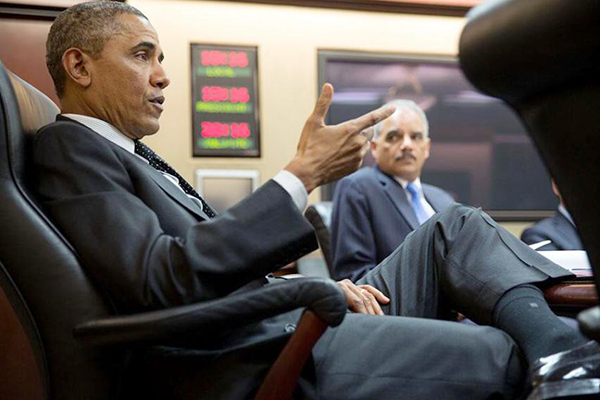 WASHINGTON (RNS) A widening coalition of critics is urging the Obama administration to drop the practice of permitting religious groups to hire and fire based on a person's faith when they receive federal money, saying Obama is reneging on a promise he made in 2008 to change that policy.

Ninety organizations wrote to Attorney General Eric Holder after discovering a new Department of Justice document that details rules on prohibiting discrimination by grant recipients as part of the reauthorization of the Violence Against Women Reauthorization Act.

The 11-page FAQ document, issued in April and citing a 2007 DOJ memo issued by the Bush administration, says faith-based organizations “may prefer co-religionists for employees in programs funded by covered grants” if they meet certain criteria.

Signatories to the June 10 letter said the Bush-era memo from the Office of Legal Counsel should be withdrawn because it “threatens core civil rights and religious freedom protections” in the Justice Department and other federal agencies. They say the memo undermines new nondiscrimination language in the Violence Against Women Act.

The department’s latest wording “means the government is endorsing discrimination by federally funded faith-based organizations,” said Madihha Ahussain, an attorney with Muslim Advocates, a signatory to the letter.

Obama originally campaigned against the Bush-era discrimination policy, vowing to change it once he was in the White House.

For more than a decade, members of the informal Coalition Against Religious Discrimination have urged Congress and the George W. Bush and Obama administrations to prevent discriminatory hiring based on religion. With the new reauthorization of the anti-violence law, a number of additional groups -- including more than a dozen women’s and LGBT organizations -- have signed onto the latest request. 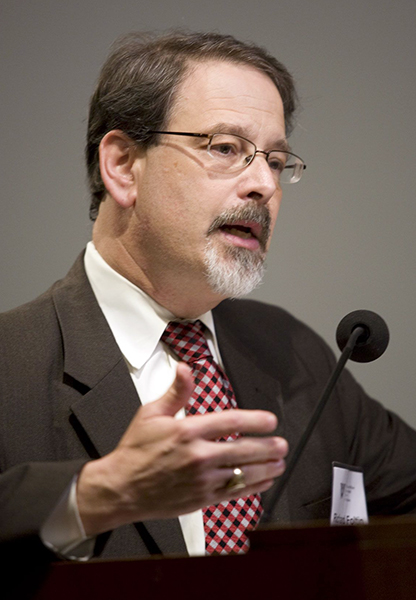 Richard Foltin is the director of national and legislative affairs in the American Jewish Committee's Office of Government and International Affairs.

“This letter stands for the principle that at the very least we should not have a systematic structure in place that provides for a categorical exemption of religious organizations,” said Richard Foltin, director of national and legislative affairs for the American Jewish Committee, a longtime member of the coalition that signed the letter to Holder.

Maggie Garrett, legislative director of Americans United for Separation of Church and State, another signatory, called the FAQ’s language “particularly shocking in the instance of the VAWA (Violence Against Women Act) because Congress actively debated this nondiscrimination provision and knowingly decided to apply the provision to religious organizations.”

Other signatories include a range of groups of faith and no faith, such as the Baptist Joint Committee for Religious Liberty, Hindu American Foundation, Interfaith Alliance, Methodist Federation for Social Action, Secular Coalition for America, Sikh Council on Religion and Education, and Unitarian Universalist Association.

Representatives of several groups that signed the letter said they have not received a response from the Justice Department. Obama administration officials did not immediately respond to a request for comment.

“Our effort is to continue to hold the administration to this," Foltin said of Obama's campaign pledge.