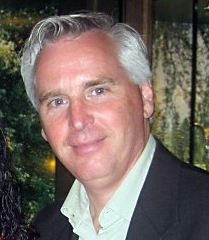 (RNS) What do atheists “pray” for?

Municipalities around the country are finding out, as nonbelievers of all stripes -- atheists, humanists, agnostics and other freethinkers -- begin giving invocations at local government meetings.

That’s the result of Greece v. Galloway, the Supreme Court decision handed down in May that allows sectarian prayers of all kinds at public meetings. If Christians can pray in the name of Jesus and Muslims in the name of Allah, then atheists plan to offer invocations of their own.

There have already been secular invocations offered at meetings in Pennsylvania and Illinois, and atheist groups in Florida have asked for a chance at the lectern.

Dan Courtney is scheduled to deliver a deity-free invocation next month in Greece, N.Y.

But no secular invocation will get more attention than the one to be given July 15 in the town of Greece, N.Y., the town at the center of the landmark Supreme Court decision. It will be offered by Dan Courtney, a member of the nearby Atheist Community of Rochester, and will focus on inclusion, Courtney said.

“I am going to ask the council to understand the principle that this country was founded on,” Courtney, a friend of one of the two plaintiffs, said when reached by phone. “That the government was founded by the people and it needs to represent all the people regardless of their religious beliefs.”

While many secularists were unhappy that the court upheld prayers at public meetings, they are embracing the decision as best they can. Several secular groups have posted sample invocations on their websites and are encouraging atheists and others to ask for a spot on their local municipality’s calendar.

The move also serves to combat efforts in some locations to support only Christian prayers. Al Bedrosian, a member of the Roanoke County (Va.) Board of Supervisors, for example, has argued that America is a "Christian nation with Christian ideology" and said meetings should open only with Christian prayers. Similar policies have been proposed in municipalities in North Carolina, Delaware and Maryland.

“Given the Supreme Court's ruling, we have to make sure local governments are allowing anyone who wants to deliver an invocation to give one,” said Hemant Mehta, an atheist author, blogger and activist who is tracking secular invocations. “I wish the invocations were eliminated altogether, but until that happens, might as well add our names to the list.”

So what does an atheist invocation look like? A lot like a prayer -- but without any mention of God.

“Let us rise each morning, and strive each day, to do only that which brings happiness and joy to others, and avoid doing things that cause others hurt and pain,” said Ted Utchen, a secularist, just before a city council meeting in Wheaton, Ill., home to evangelical Wheaton College. “And let us, above all, love one another, not to obtain rewards for ourselves now or hereafter or to avoid punishment, but rather always to bring each other contentment and peace. So be it.”