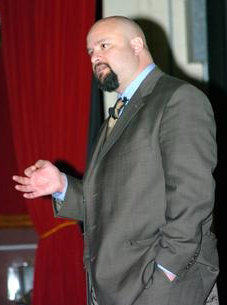 (RNS) A small Baptist college now led by Ergun Caner, the outspoken evangelical who stirred controversy over his story of conversion from Islam, has lost its accreditation.

The Southern Association of Colleges and Schools Commission on Colleges recently voted to remove Brewton-Parker College in Georgia from membership one year after it placed the school on probation over finances.

Caner stirred a debate within evangelical circles over whether he exaggerated his testimony as a convert from Islam to Christianity.

“We are operationally in the black, our present budget is balanced, we project finishing this fiscal year in the black, and our Board of Trustees approved a balanced budget for 2014-2015,” Caner said in a statement, noting that enrollment is also up. “SACS leaders will take all of these changes into account and reconsider their ruling in our appeal this August.”

Confronted with "discrepancies and misstatements" about Caner's background, Liberty University in 2010 decided not to renew Caner's contract as dean of its seminary. Caner has attempted to get YouTube to take down videos of past speeches posted by critics.

Brewton-Parker chose Caner in 2013 because of his past controversies, saying he has endured "relentless and pagan attacks." The college has filed an appeal challenging the accreditation loss in the courts, according to a statement from the college.

Caner's brother and co-author, Emir Caner, has also weathered controversies at Truett-McConnell College, the sister college of Brewton-Parker. The school, also in Georgia, was named by Time magazine as one of the worst "dropout factories" in the U.S. The school graduates just 14 percent of its students within six years of enrollment, one of the lowest rates in its peer group.

Emir Caner said Time magazine used secondary sources and outdated numbers, citing a time when the college was mostly a two-year institution. He said the college has begun more than 30 baccalaureate programs in the past six years. The graduation rate for first-time, full-time students is at 46 percent for four-year students and 68 percent for six-year students.

Since 2010, Emir Caner said, Truett-McConnell’s graduation rate for bachelor’s degrees has gone up by 123 percent. "We would love to invite Time, and any others who wish to come, to visit the beautiful campus of Truett-McConnell and see how God has smiled on our endeavors," he said in an email.

The same accrediting agency also placed another small Baptist institution, Louisiana College, on probation for a year. The school has been in and out of trouble with its accreditor amid a series of governance and other issues dating back a decade.

The college moved its controversial leader, Joe Aguillard, into an emeritus role earlier this year and appointed an interim president. Many say Aguillard was part of the Baptist college's transition to a more fundamentalist direction.

“Although the decision is disappointing, it represents an opportunity for Louisiana College to address the issues in preparation for the arrival of a new president,” Argile Smith, the school's president pro tempore, said in a statement. “Fortunately, the issues don’t bring into question in any way the excellent classroom work being done by our professors and students. The issues have to do with administrative areas.”

While putting the school on probation, the accreditor raised an "integrity issue," and a failure to comply with the accreditor's standards regarding "external influence," according to Inside Higher Ed.

Internal documents allege that a former college administrator forged signatures on a document submitted to the school’s accrediting agency.

Related Posts
By Jack Jenkins
Despite a culture 'entrenched in fear,' LGBTQ students find ways to thrive at Liberty University
By Caitlin Yoshiko Kandil
'I have to find the Mecca of my heart': Muslims grieve as hajj is drastically limited
By Associated Press, Kathryn Post
Falwell apologizes for tweet that included racist photo
By Christopher A. House
Why I resigned from Liberty University: Because Black Lives Matter
By Elana Schor, Sarah Rankin
Black Liberty U. alums rebuke Falwell after blackface tweet