(RNS) Despite numerous controversies over dismissing gay Catholics from church posts and the U.S. hierarchy’s campaign against same-sex marriage, Catholic leaders have carefully, if quietly, avoided doing anything to block gay couples from having their children baptized.

But a move by a bishop in Wisconsin to route all such decisions through his office is raising questions about whether that neutral zone will now become another battleground, and whether the growing acceptance of gay parents will inevitably draw more attention to this practice and force church leaders to establish clearer rules.

The default position for most bishops — reiterated in a major Vatican document released on Thursday (June 26) — is that if the parents pledge to raise the child Catholic, then no girl or boy should be refused baptism.

They generally let parish priests make the final call and let them administer the sacrament, though it is usually done in a private ceremony with the biological parent — not the adoptive mother or father — listed on the baptismal certificate.

The new debate was prompted by the emergence of a memo — first reported by the Wisconsin State Journal — that was sent in early May to priests of the Madison Diocese by the top aide to Bishop Robert Morlino. 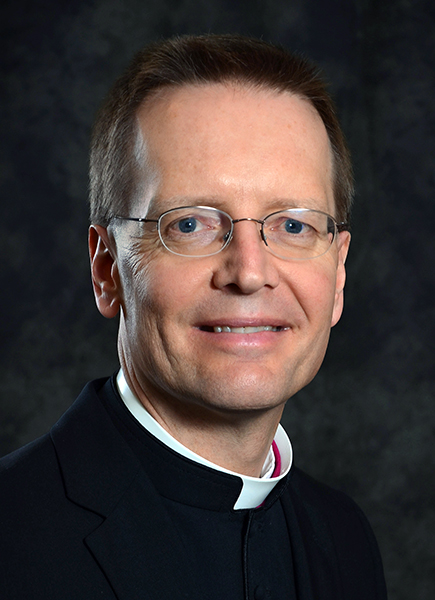 Monsignor James Bartylla is vicar general of the Diocese of Madison. Under an administrative change enacted earlier this year, his office now handles priests’ inquiries about whether to baptize children of same-sex couples. In the past, this issue was largely left up to the discretion of individual priests.

In the memo, the vicar general of the diocese, Monsignor James Bartylla, says there are “a plethora of difficulties, challenges, and considerations associated with these unnatural unions (including scandal) linked with the baptism of a child, and such considerations touch upon theology, canon law, pastoral approach, liturgical adaptation, and sacramental recording.”

Bartylla says that pastors must now coordinate any decision on baptizing the children of gay couples with his office and that “each case must be evaluated individually.”

A spokesman for the Madison Diocese, Brent King, said in an email that the new policy would not affect the church’s openness to baptizing a child if a parent or guardian “is sincere in presenting a child for baptism” and if he or she “truly intends to raise the child in the faith and all that means.”

“We want everyone to receive this most important sacrament, and we are dealing with this sensitive matter prudently, for the child’s sake and the integrity of this most sacred sacrament,” wrote King. He added that the diocese would have no further comment.

But some suspect that Morlino, one of the more outspoken conservatives in the U.S. Conference of Catholic Bishops, will use the new policy to curb baptisms that he considers problematic.

“While this process might protect couples from the negative whims of a local pastor, Bishop Morlino has such a strong record against supporting lesbian and gay people that I worry he might be more restrictive about baptizing their children than most local priests would be,” said Francis DeBernardo, head of New Ways Ministry, a leading advocacy group for gay Catholics.

If that happens, he said, it “has the potential to blow up into a pastoral disaster.”

Officials at the USCCB said these decisions are left to local church leaders, and indicated there are no plans to formulate a national directive beyond the guidance offered in a 2006 statement on ministering to gay people. That document says that baptizing the children of gay parents is “a serious pastoral concern” but that the church should not refuse them access to the sacrament.

Since the bishops passed that document, however, an ongoing wave of victories for same-sex marriage advocates has continued to push the issue into the public arena. As more gay Catholics can marry, and can be open about their relationship, more gay couples may be presenting their children for baptism.

“The question with gay couples is whether their opposition to the church’s teaching on marriage means that they do not in fact intend to raise the child in the faith,” said Rita Ferrone, the author of several books about liturgy and a consultant to U.S. dioceses on liturgical matters.

“Gay parents may or may not be ideologically opposed to church teaching, but chances are they do not merely disobey but also reject the various norms they have transgressed,” Ferrone said.

DeBernardo said the problem with a policy that focuses specifically on gay parents is that it “stigmatizes lesbian and gay couples as being more suspect than any other parents.”

“It is very likely that no parents that present a child for baptism are perfectly following all church rules,” he said. “Why single out only lesbian and gay parents for further scrutiny?”

Countering any trend to curb baptisms, however, is the long-standing presumption, in church teaching and among even conservative church leaders, that no child should be denied baptism.

That welcoming stance was given a powerful boost with the election of Pope Francis, who as an archbishop in Argentina castigated priests who refused to baptize the children of unwed mothers. “The child has absolutely no responsibility for the state of his parents’ marriage,” he also said.

As pope, Francis has continued to promote that view.

Last September he said that while the church has the right to express its opinions it cannot “interfere spiritually” in the lives of gays and lesbians. In January he personally baptized — in the Sistine Chapel — the child of a couple married civilly, not in the church. And in May he said in a homily the church should baptize little green men from Mars if they asked for it.

Some bishops are taking a cue from Francis.

In Mexico, Bishop Raul Vera Lopez personally baptized a 16-month-old raised by a lesbian couple. He did that in May,  just two weeks after meeting in Rome with Francis and discussing his ministry to gay people with him.

“If I find the natural daughter of one of two women, how can I deny her baptism? If the parents seek it, it’s because there is a Christian faith,” Vera Lopez explained. “The pope has the same attitude as Christ did.”

In Argentina in April, the archbishop of Cordoba also defended the decision to baptize the child of a lesbian couple during a service in the city’s cathedral, and said he cleared it with the Vatican.

“Baptism is a right of every human person, and I think that the Holy Father as well, ever since he was archbishop of Buenos Aires, always advocated for great openness in administering these sacraments,” said Archbishop Carlos Nanez.

And just this week, a major document published by the Vatican to guide future discussions on family life stressed that almost all the world’s bishops would greet requests to baptize children living with gay couples “with the same care, tenderness and concern which is given to other children.”