WASHINGTON (RNS) Ralph Reed’s recent Road to Majority conservative confab in the nation’s capital had an unlikely exhibitor in the conference hall: opponents of the death penalty.

The activists were in the right place because their opposition stems from conservative principles. Conservatives Concerned About the Death Penalty believe that the faithful who gathered at the annual event hosted by Reed’s Faith and Freedom Coalition are ripe for embracing their critical view of capital punishment.

They have their work cut out for them. Yes, support for death penalties has been dropping in a Pew survey — from 78 percent in 1996 to 55 percent last year. But this barbaric practice still enjoys strong preference among conservatives, with 69 percent expressing support in a June ABC News/Washington Post poll. Only 49 percent of liberals agreed. Among Republicans, support is even higher — at 81 percent.

So what kind of reception did the activists receive? The group’s advocacy coordinator, Marc Hyden, told me the response was very positive.

“The myth we are trying to shatter is that conservatives all support the death penalty.” Hyden, who had worked for the National Rifle Association, said many people who approached the booth expressed support, while one man who didn’t was converted after Hyden laid out the conservative case against the death penalty.

“The case is simple,” he said. “Conservative policies are supposed to be … pro-life, fiscally responsible and limited government. We risk taking innocent life, it costs more than life without parole, and I can’t think of a bigger government program than one where you can kill your citizens.”

He rejected claims by death penalty supporters that it’s a deterrent to crime. He’s right. According to FBI data, the South accounts for more than 80 percent of U.S. executions but has the highest murder rate in the country.

Hyden also warned that conservatives should be concerned about the lack of transparency in the states carrying out executions. For example, Florida, Georgia and Missouri, which were first to resume lethal injections after a botched execution in Oklahoma in April, refuse to say where they get their drugs or even whether they are tested. Hyden asked, “Do we trust our government to have secrets like these?” 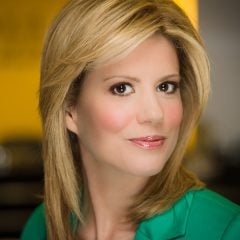 Sekulow said, “I’m opposed to the death penalty. … The taking of life is not the way to handle even the most significant of crimes.”

State Sen. Matt Rosendale, R-Mont., echoed this sentiment in support of repealing the death penalty in his state. “Until we promote a culture of life … there will always be an argument to terminate life in one form or another,” he said.

Conservatives have a strong case on this issue. Hopefully, people will listen.

Opinion
Evangelical hobnobbing at the White House spreads more than the Gospel
News
In Oregon, churches and anti-fascists unite to provide mutual aid to fire evacuees and others in need
Signs of the Times
National Catholic Prayer Breakfast award for Barr divides Catholics
Opinion
Voter guides show the power and duplicity of American evangelicalism
Opinion Top Three
Federal executions are one more example of Trump administration overreach
© Copyright 2020, Religion News Service. All rights reserved. Use of and/or registration on any portion of this site constitutes acceptance of our User Agreement and Privacy Policy, Privacy Statement and Cookie Notice. The material on this site may not be reproduced, distributed, transmitted, cached or otherwise used, except with the prior written permission of Religion News Service.