I was so grateful to be on vacation last week — not only that I was visiting Turkey, a country vibrant with history and beauty, but also that I could hang a “gone fishing” sign on this blog and not have to react in the heat of the moment to the news of Kate Kelly’s excommunication.

I was disappointed by the council’s decision in Kate’s case, but not surprised.

What did surprise and alarm me was the level of vitriol expressed on both sides of the issue. So much rage out there in the online Mormon world.

Feminists like me were angry that the label “court of love” could be applied to any situation in which a roomful of men could unilaterally excommunicate a woman without her even being present. A woman has been silenced by a court in which no woman is permitted to have a voice . . . all for asking to have more of a voice. Somehow, feminists are not feeling the love.

Traditionalists were angry that the media portrayed Kate in a more flattering and sympathetic light than they felt she deserved. She went against the Church, the traditionalists said, issuing what amounted to a mandate for women’s ordination when the prophet had clearly spoken against it. What did she expect would happen to her church membership?

In all the swirling accusations and counter-accusations last week, several people saved my heart from despair, their voices rising up on both sides to remind me of the kindness of the Savior.

Neylan McBaine, who does not support women’s ordination but who over the last few years has outlined many helpful possible changes to practice and policy that would increase women’s participation in Church leadership, has written a couple of beautiful posts in the last few weeks on the mandate we have as Christians to mourn with those who mourn. (Check them out here and here.) I so appreciate her perspective and her tears.

Eric Samuelsen, a retired BYU professor, asks us to feel the other side’s pain. “Can we still find a way to press forward?” he asks. “To forgive, to admit we don’t know all the answers, and to confess to ourselves that we’re in pain, and that pain is perhaps the one thing our Savior knew most intimately?”

This is hard to do when we feel cornered: to admit that we don’t have all the answers, or show any sign of weakness. That’s why it’s all the more crucial. Literally crucial — i.e., of the cross.

In a similar vein, John F. at By Common Consent has written a helpful post on Mormon cyberbullying that looks at the discouraging fact that some Mormons actually seem to be rejoicing in Kate’s discipline. For example, a newish Facebook group created to oppose her “displays all the characteristics of classic misogynistic anonymous internet abuse.”  There’s just no place for this kind of shaming in the gospel, John F. writes:

“This has nothing to do with supporting or defending Kate Kelly’s problematic approach to opening up dialogue about the ordination of women. This is about Christian discipleship and the cause of Zion. Such behavior, hate, vindictiveness, and abuse as is found on this page should not be had among us.

And finally, Katie Langston wrote a beautiful post on bearing with one another, though I can’t find it now; if anyone has a link, please share and I will add it in. [Update: here is the link to “We Are Better Than This,” with thanks to several Facebook readers!]

The point of all this is that some things are still of good report. Some people are able to look beyond the considerable heat of the moment and check themselves. Amidst the anger and name-calling, these are the voices I choose to listen to right now, the ones that call me to be a kinder person and a better Mormon than I naturally am.

These prophetic voices invite me to convene my very own personal court of love in which I will excommunicate my own rage, my pride, my sense of having been wronged.

Even when I don’t agree with someone else’s POV.

Especially when I don’t agree. 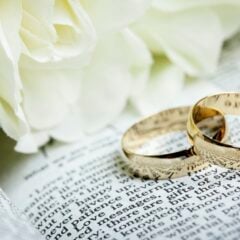 Christianity
What partnership looks like in Mormon marriages is shifting – slowly