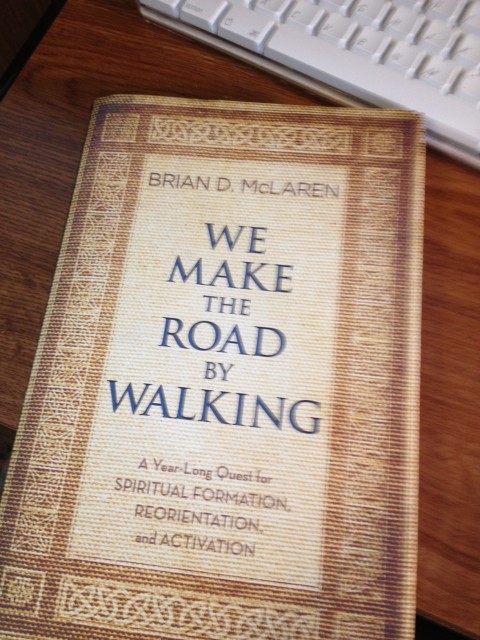 Want to read the Bible in a year? Brian McLaren’s new book We Make the Road by Walking takes you through it, focusing on major themes and the “big picture.” I loved the book and found it wise and helpful.

Brian says that one reason he wrote it was to transcend the “polarizing, hostile reading” that people on the left and right give the Bible today, when some use it as a weapon. (You think?) Also, he hopes his book might “provide a way in for people for whom traditional framings of Christian faith aren’t working.”

I think he succeeds in both goals. – JKR

RNS: How do you teach people who don’t know much about the Bible, but have been taught to think of it as sacred? How do you encourage them to really dig into what it says and means?

McLaren: Something I learned from my days as a college English teacher was that adults learn more when they talk than when they listen passively. Learning isn’t a consequence of teaching, but of thinking, and few things stimulate thinking better than active, engaging conversation. So key to the project was to imagine significant readings of biblical texts, followed by a rather brief sermon that explores meaning in the texts, followed by twenty to sixty minutes of engaged conversation.

My hope is that when people engage with the Bible — when they feel free to question it, kick its tires, so to speak, and really wrestle with it, in the presence of others who are equally engaged from their differing perspectives — they’ll discover a deeper kind of sacredness and revelation … something deeper than the old “the Bible says it, I believe it, that settles it” cliché that actually thins and reduces the Bible to a kind of shallow, thoughtless dogmatizing.

RNS: I admire how you take an unflinching look at the Bible’s roughest spots while also giving readers an inspiring overview of the beautiful, ongoing project of God. Can you talk about how God’s relationship with human beings evolves over the course of the Bible? I particularly like what you do to help readers understand the context of the Canaanite woman in the New Testament (p. 48). 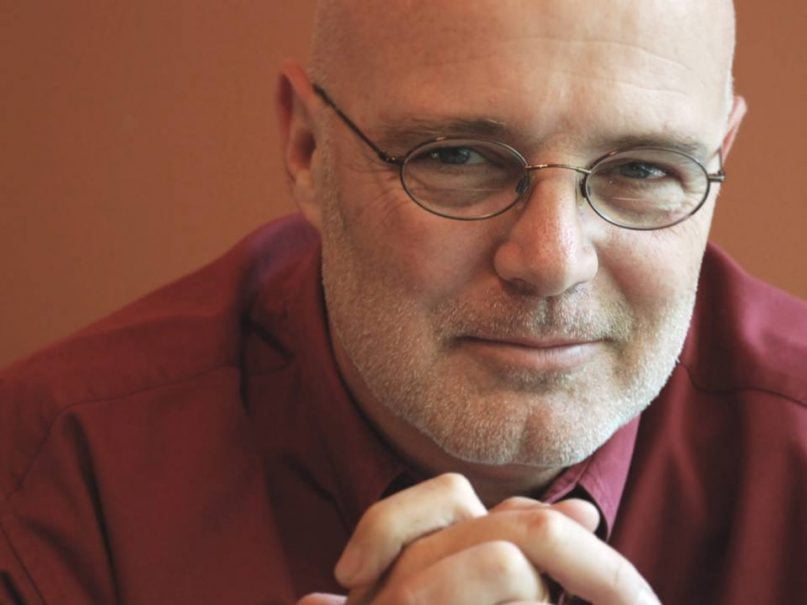 McLaren: Yes, many people love to quote the Bible, but actually have little idea what’s going on in the pages between the extractions they’ve been trained to quote!

One of the big problems of traditional preaching is that it takes one story or episode from the Bible – “pericope” is the fancy word for it – and then tries to derive meaning from that story. Usually that involves reducing the meaning to “points,” sometimes with clever alliteration and the like.

I was a preacher for 24 years in the same church, and I did my share of that kind of preaching. But after 24 years of fresh engagement with the Bible multiple times each week, I knew that deriving points from individual stories is highly problematic, and it causes us to miss some of the most interesting dimensions of the Bible, which are the tensions and interactions between various stories.

All this became even more obvious to me when I was working on my previous book, Why Did Jesus, Moses, the Buddha, and Mohammed Cross the Road? It was a book about the causes and cures of inter-religious hostility. So for example, if you read Ezra, you see how he (ostensibly speaking for God) requires the faithful to divorce their “foreign wives.” Preaching sermons from that passage would reinforce the idea of clean and unclean, us and them, insiders and outsiders. It’s the kind of passage that would lead to hatred of immigrants and reinforce a kind of religious supremacy and elitist nativism, even racism.

So we shouldn’t read that story without also reading, say, the Book of Ruth, which gives the opposite message. It is a foreign wife – of the ostensibly-cursed Moabite nation, in fact — who proves herself a woman of great dignity, and who becomes the grandmother of King David precisely because an honorable Jew named Boaz dared to marry a foreigner. Then, we could also read the story of Peter and Cornelius in Acts 10. The insider-outsider/clean-unclean dualism, it turns out, dies hard, and Acts 10 shows God confronting Peter with the opposite message of Ezra.

The same thing happens in the example you mentioned of Matthew 14-15, where Matthew tells the story of the Canaanite woman in obvious tension with Deuteronomy 7, which makes the claim that God wants Israelites to utterly destroy Canaanites. According to Matthew, that story has now been supplanted with a new story with a new message: we aren’t here to destroy our neighbors, but to feed and heal them, even to respect their faith.

In the book, I suggest that in the ancient world, stories worked like scientific theories , so in the Bible we see competing theories that wrestle with each other. In science, better theories with more explanatory power eventually triumph over less effective theories, and I think we have something very similar in the Bible.

Any project like this is based on theological convictions, and one of mine is that for Christians, the Word of God comes to us first and foremost in a person, not a book. I like how Martin Luther said it: the Bible is like the manger on which Christ is presented to the world. (He felt that some parts of the Bible weren’t worth much more than manger straw, by the way!)

So this is a very Christ-centered approach to the Bible The first quarter is the backstory for Christ, and the last quarter is the post-script to Christ. The heart of the book, the two central quarters, focus on Christ, from his birth through Holy Week and Easter.

Since Christ himself is so central to me and my reading of the Bible, I believe that what he taught should be tremendously important to all followers of Christ. So it made sense to have people engage as deeply as possible with his core teaching.

I should add that I also hoped to introduce people not only to the Bible, but also to various ways of engaging with the Bible. So you’re exactly right – my approach to the Sermon on the Mount encourages a slow, meditative, iterative reading that is very much in tune with lectio divina.