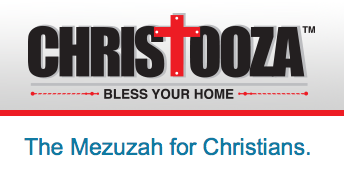 From the "Christooza" website, whose owner, a Jewish guy from Queens, is selling what he bills as a Christian version of the traditional Jewish mezuzah
July 7, 2014
David Gibson

From the "Christooza" website, whose owner, a Jewish guy from Queens, is selling what he bills as a Christian version of the traditional Jewish mezuzah

Hurricane Arthur blew through these parts on Independence Day but didn't dampen all those great patriotic traditions, like Nathan's Famous Fourth of July Hot Dog Eating Contest at Coney Island. And yes, Joey Chestnut -- of course -- won his eighth consecutive title by scarfing down 61 franks in 10 minutes.

The pontiff today met with six men and women who were sexually assaulted by priests when they were children. The victims were from Great Britain, Ireland and Germany; none from the U.S., which was Ground Zero for the scandal.

John Allen had a preview of the meeting, as well as a post-Hobby lobby take that urged Americans to look at Christians suffering in places like Nigeria, India, China and Iraq to see "what a real 'war on religion' looks like."

And the financial reform of the Vatican continues

Francis' economic czars, including Cardinal Wilfrid Napier of South Africa, took no time off this holiday weekend, and will be back for more:

The latest on the Holy Land's "eye-for-an-eye" crimes ...

Six Israeli Jews were arrested for the brutal burning death of an Arab teenager, apparently in retaliation for the vicious kidnapping and murders of three Israeli youths. The arrests, says the Washington Post, are forcing Israel to reckon with "home-grown extremism."

“This a shock for most Israeli Jews, and I think it’s a kind of wake-up call,” Israeli Justice Minister Tzipi Livni said in an interview Sunday evening. “This is something that will change the way people think, and it will lead to a better understanding that we need to act when we see even the smallest signs of incitement, whether it is on Internet sites or price-tag attacks.”

Livni said the conflict is “not just between the Israelis and the Palestinians, it is within Israel between different Israeli citizens, and this is what worries me the most.”

Meanwhile, the U.S. State Department is urging quick action to resolve the case of the cousin of the murdered Arab teen. Tariq Abu Khdeir, 15, is a high school sophomore visiting from Tampa, Fla., who was caught on an amateur video being severely beaten by Israeli border police officers during a protest over his cousin's death. The American youth is now under house arrest at his uncle's home in East Jerusalem.

Could some good come from all this? The Forward writes about contacts between the grieving families, united by the pain they now share.

It's a Christooza. Or so says a Jewish guy from Queens, Henry Zabarsky, in a NY Post story from last month that somehow escaped my notice. The traditional Jewish mezuzah contains a parchment with the words of the "Shema Yisrael" prayer ("Hear, O Israel..). Zabarsky's Christooza has several prayer options, including an Irish house blessing and a Catholic prayer for the home, all contained in a hollow plastic cross that sells on his website for $20. Meh.

PS: All you Facebook people: That "anti-masturbation cross" IS A HOAX. So stop!

Our pal Jaweed Kaleen at the Huffington Post has the latest trend in bereavement. Really.

Not only do they have Messi ...

No wonder they're in the World Cup quarterfinals after this weekend.

Here's a weird story from the NYT: Men of Chinese descent, with shaved heads and flowing robes, are asking for donations all around the Times Square area, presenting themselves as Buddhist (or Taoist) monks soliciting donations for their temple. Thing is, they don't seem to be actual monks, or legit, though no one knows where they come from.

Why don't they go off and start a TV ministry if they really want to get rich off religion? That's the American way.

So says Archbishop Rino Fisichella, head of the Vatican office on the "new evangelization," who was in Great Britain this weekend (no hot dogs for you, Eccellenza!). He said the "search for silence" amid the din of the Twitterverse and other digital distractions could lead many to seek a life of contemplation in a monastery.

A cross-sectional study of children raised by gay couples, the largest of its kind, found that the kids are all right — and are, by some measures, doing even better than their peers. Conducted by University of Melbourne researchers, the survey followed 315 same-sex couples, mostly lesbians, and their 500 children, using a variety of standardized measures to compare their health and well-being to the general Australian population.

But that's Australia, which is nothing like America. I mean, they have kangaroos and koalas.

Besides, when beliefs and facts collide, guess which wins ...?

From an NYT story over the weekend, which says that recent studies suggest "that more people know what scientists think about high-profile scientific controversies than polls suggest; they just aren’t willing to endorse the consensus when it contradicts their political or religious views."

A woman writes about her abortion ...

And manages to say something that might touch both sides on this polarizing topic. If so, that would be art, even if her abortion wasn't...

Onward into the week ...