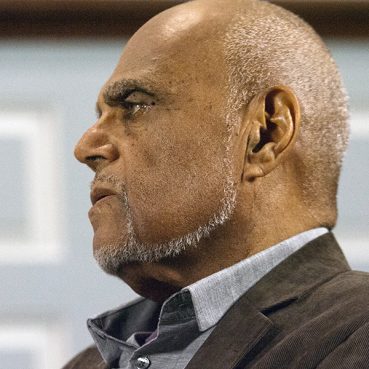 Civil rights activist Bob Moses attended “Fifty Years After Freedom Summer and the Civil Rights Act of 1964” at the Miller Center at the University of Virginia earlier this year.

Student Nonviolent Coordinating Committee field secretary Bob Moses was charged with leading the project that would organize poor, black Mississippians to challenge the power structure of the South and upset the Democratic National Convention.

Moses knew from his experience in Mississippi that James Chaney, Michael Schwerner and Andrew Goodman, who had left the day before to investigate a church burning in Philadelphia, Miss., would never be found alive. Moses’ responsibility that evening was to tell the young recruits who planned to spend their summer registering voters in Mississippi that they could meet the same end.

What happened next surprised some. In small circles, the young volunteers sat and talked. Soon, they started singing.

“I often hear people make fun of something as a ‘Kumbaya moment,’” said civil rights veteran Vincent Harding, who died this year. “But I can never laugh because I heard those young people sing ‘Kumbaya’ — ‘Come by here, my Lord.’ And as they sang, they chose to risk their lives for the hope of democracy.”

Fifty years after Freedom Summer, it’s easy to attribute the risks of the militant SNCC and its Freedom Summer volunteers to youthful idealism. But many who were there on the ground insist faith played an essential role in this monumental effort to reclaim the heart of democracy.

It was no accident that the three civil rights workers who were killed were going to investigate a church burning. As one of the few spaces where blacks were free to gather and speak freely with one another, churches were essential organizing centers in the Mississippi movement. But the church was not only essential for its social function.

For Mississippi native Fannie Lou Hamer, the church’s gospel was inextricably linked to the freedom message. “The 17th chapter of Acts and the 26th verse said God ‘has made of one blood all nations.’ And if I didn’t believe in Christianity, then I don’t think I could actually feel free and believe in freedom,” she said.

Though it took great courage for young people to go to Mississippi when they knew their lives were at risk, Freedom Summer’s volunteers said they were inspired by the faith of women like Hamer, who was kicked off the cotton plantation where she and her husband lived and worked after she tried to register to vote.

Each black family that hosted a Freedom Summer volunteer risked losing everything in 1964. Anyone in Mississippi, black or white, who talked to the volunteers became suspect. What made it possible for everyday people to bet their lives on the possibility of a world they had never seen?

In his book “God’s Long Summer,” University of Virginia professor Charles Marsh notes that faith was a driving force for everyone in Mississippi — not only for Fannie Lou Hamer, but also for Sam Bowers, the imperial wizard of the Ku Klux Klan. To say that faith played a role in Freedom Summer is to state the obvious. Faith plays a role in every human story. Even still, a faith that inspires thousands of people to risk life and security is remarkable.

In the surname of Freedom Summer’s leader, Hamer saw the hand of Providence. Just as Moses had led the Hebrew slaves out of Egypt, Bob Moses was a unique gift, sent by God to help black Mississippians find their freedom.

But he was, always, a Moses and never a Messiah. A student of Ella Baker, Moses knew instinctively that “strong people don’t need strong leaders.” If Moses and the Freedom Summer volunteers did their job right, a Fannie Lou Hamer would emerge in every community.

Central to the faith that fueled Freedom Summer was this notion that God is present in all people — that we are not waiting for some great soul to save us all, but that each of us, if we are willing to submit ourselves to something beyond ourselves, has a capacity for greatness. In the Judeo-Christian tradition, this conviction is summed up in the notion that every person is created in the image of God.

Fifty years after Freedom Summer, Americans are tempted to think that democracy is a given while faith is a matter of personal choice. But if Moses and Hamer and the thousands of Christians and Jews who worked with them to change America taught us anything, they demonstrated that democracy is itself a matter of faith — a constant struggle to become what we claim to be.

Now, as then, the beloved community where all people have dignity is not just some dream. It is possible, here and now. But it may cost us our very lives. Freedom Summer stands as a reminder that such a risk is not only worth it; it is also possible. 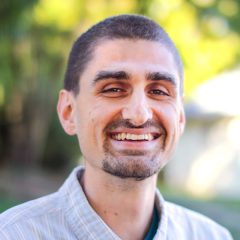 Jonathan Wilson-Hartgrove is an author and co-founder of the Rutba House.

As Bob Zellner, another Freedom Summer veteran says, “Sisterhood and brotherhood is not nearly as impossible as those who profit from preventing it pretend.”

(Jonathan Wilson-Hartgrove is author of “Strangers at My Door.” He lives in Durham, N.C., where he founded the Rutba House, a house of hospitality where the formerly homeless are welcomed into a community that eats, prays, and shares life together.) 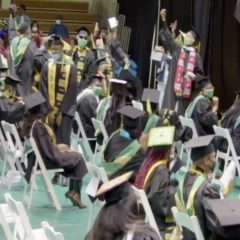 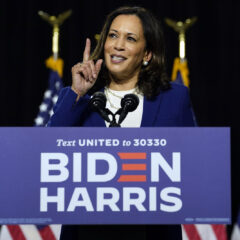 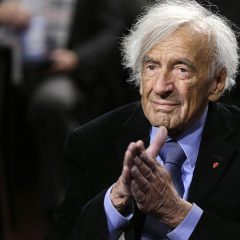 Beliefs
Why Netanyahu is such a polarizing figure for American Jews (COMMENTARY)
Follow us on Facebook!
Submit your photos to RNS