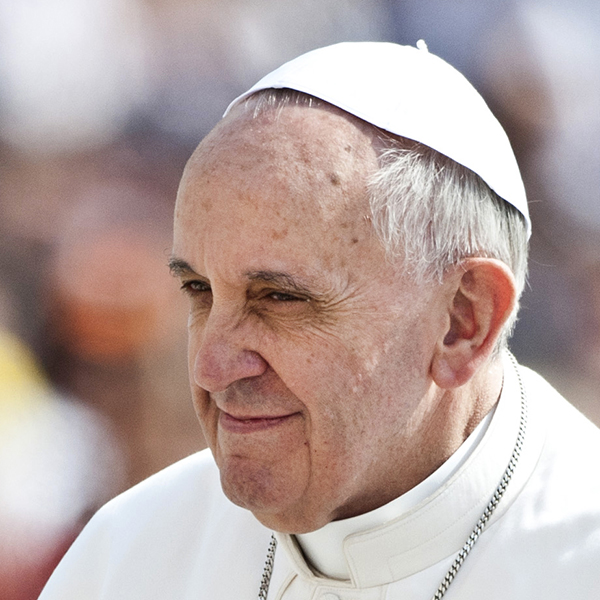 VATICAN CITY (RNS) Pope Francis on Tuesday (July 15) waded into the controversy of the wave of unaccompanied minors arriving at the U.S.-Mexico border, calling for an end to racism against migrants and pushing the U.S. to offer greater protection for young children entering the country illegally. 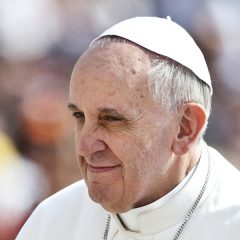 Pope Francis on July 14, 2014, encouraged people to welcome child immigrants crossing the U.S. border from Central America, saying in a letter, "Many people forced to emigrate suffer, and often, die tragically. Many of their rights are violated. They are obliged to separate from their families and, unfortunately, continue to be the subject of racist and xenophobic attitudes."

"Many people forced to emigrate suffer, and often, die tragically,” the pope said in a message sent to a global conference in Mexico.

“Many of their rights are violated, they are obliged to separate from their families and, unfortunately, continue to be the subject of racist and xenophobic attitudes.”

The Argentine pontiff said a different approach is needed to tackling what he called a “humanitarian emergency” as growing numbers of unaccompanied children are migrating to the U.S. from Central America and Mexico.

"I would also like to draw attention to the tens of thousands of children who migrate alone, unaccompanied, to escape poverty and violence,” the pope said.

"They are increasing day by day. This humanitarian emergency requires, as a first urgent measure, these children be welcomed and protected.”

Cardinal Seán O'Malley of Boston and seven other bishops celebrate Mass on the U.S.-Mexico border in Arizona to commemorate the deaths of migrants in the desert and to pray for immigration reform on April 1, 2014.

In April, a delegation of U.S. bishops staged a dramatic Mass along the U.S.-Mexico border and distributed Communion through the border fence. The U.S. Conference of Catholic Bishops has called on the Obama administration to let the children stay in the U.S. "The prospect of the United States sending vulnerable children back into the hands of violent criminals in their countries raises troubling questions about our moral character," said Auxiliary Bishop Eusebio Elizondo of Seattle, chairman of the bishops' migration committee.

The pope has often spoken out in his support for refugees and called for a dramatic change of consciousness. 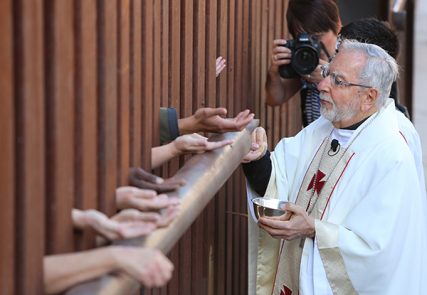 Cardinal Seán O'Malley of Boston and seven other bishops celebrate Mass on the U.S.-Mexico border in Arizona to commemorate the deaths of migrants in the desert and to pray for immigration reform on April 1, 2014.

When he visited the tiny Italian island of Lampedusa on his first official visit outside Rome last year, the 77-year-old pontiff greeted migrants from North Africa and the Middle East and criticized what he termed the “global indifference” to their plight.

In his latest message, Francis said the fear and indifference of what he termed the “throwaway culture” should be replaced with a commitment to building a more just and fraternal world.

"These measures, however, will not be sufficient, unless they are accompanied by policies that inform people about the dangers of such a journey and, above all, that promote development in their countries of origin,” the pope said.

"This challenge demands the attention of the entire international community so that new forms of legal and secure migration may be adopted."

The pope’s letter was sent to the Mexico-Holy See Colloquium on Migration and Development and presented by the papal nuncio to Mexico, Archbishop Christophe Pierre. The Vatican secretary of state, Cardinal Pietro Parolin, also attended the conference.

September 3, 2020
Related Posts
By Yonat Shimron
Study: Liberal congregations more politically active than conservative ones
By Thomas Reese
Catholics should vote for Biden, says former bishops’ conference official
By Claire Giangravé
Pope Francis’ team joins up with star athletes like Ronaldo to say: ‘We all run together’
By Claire Giangravé
Global missionary efforts have taken a hit in the time of coronavirus
By Claire Giangravé
A Minnesota Catholic diocese was set to install a new bishop. Then he was accused of abuse.