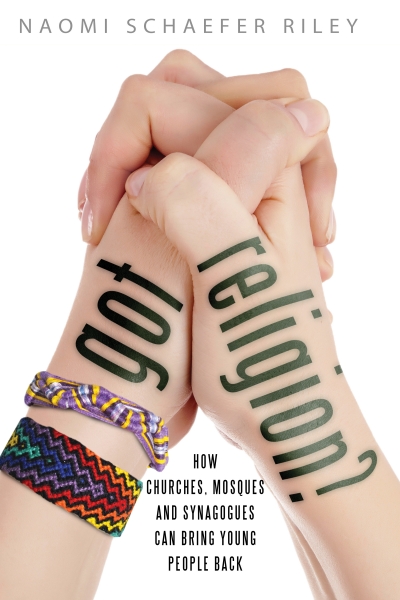 Naomi Schaefer Riley‘s new book Got Religion? looks at one of the big questions of religion today: Why are 20somethings dropping out of religious institutions?

Because many are, in record numbers, across various religious traditions. But Riley’s book is a glass-half-full look at the ways some religious communities are working hard to stem that tide.

The most successful, she says, will do several things for 20somethings:

One chapter looks at Mormon singles wards as providing crucial help in all three of these areas. I followed up with Riley with questions about Mormon dating and marriage, leadership opportunities, and the pros and cons of the singles ward system. — JKR

RNS: How has the overall trend toward later marriage affected Mormons in their 20s and 30s?

Riley: It looks like the Mormon age of marriage is starting to creep up as well.

During the 1990s, the General Social Survey found an average age of Mormon first marriage of 21.6. In a survey I conducted in 2010 for my book on interfaith marriage, it was up to 23.

This age may not seem high yet, but if the Mormon population follows the trend of the rest of the American population (albeit at a slower pace), it could have a significant effect on rates of religious observance and retention across generational lines. In that survey I found also found the later the age of marriage the more likely people were to marry someone of a different religion.

RNS: You make the point that religions that don’t provide leadership opportunities to young adults are doomed. The success stories are religious traditions that are enlisting 20somethings into service. How does Mormonism fit in to that?

Riley: As we are living longer, healthier lives, some church members start to get a little territorial, staying in the same volunteer position for years or even decades. Young adults who show up often feel as if their presence is superfluous.

This is one of the things that really impressed me about Young Single Adult wards. The LDS church was willing to say to 20-somethings, “Even though your parents may treat you like children because you’re not married, not done with school, don’t have full-time employment, etc., we, the church, are going to treat you like grownups — putting you in charge of collecting tithes, religious education and a variety of other important functions.”

The church came to what I think is the correct conclusion — if you treat 20-somethings like adults, they will act like adults.

RNS: Yes. On the other hand, you say that dedicated singles wards “can also encourage some of the self-centered tendencies to which young adults may already be prone.” Can you explain what you mean by that? 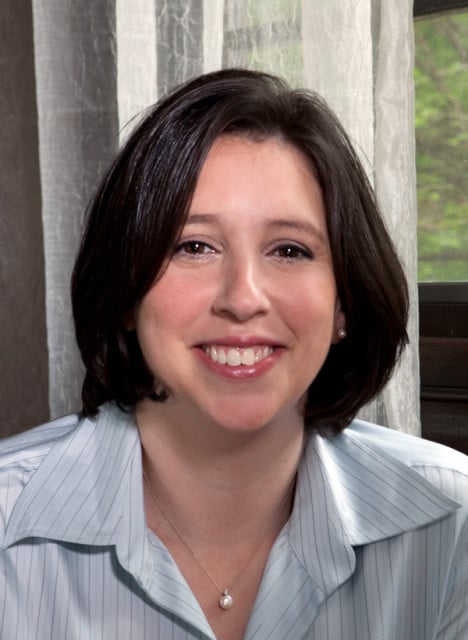 Riley: I think there is a lot to be said for the multigenerational church experience–you don’t want 20-somethings to get the impression that the world revolves around them or that the project of the church is to address only their concerns. (This has been one result of the college church experience that many young adults are getting with Campus Crusade, etc.)

And many young adults told me they do miss the experience of being around older people (to mentor them) and children too. I think the Mormon church avoids some of the problems that could come with a YSA arrangement because many of the young people are still living close to large extended families. So they get the multigenerational experience outside of church.

RNS: Some of your interviewees complained that young Mormons don’t know how to date, only “how to hang out.” What changes are occurring to the traditional concept of dating?

Riley: The bishop who made that observation explained, “It used to be in the old days that people would date in order to find out if there was somebody they liked enough to marry. Today, no one will date you unless they’re sure they want to marry you.”

I think the dating culture among Mormons is getting more similar to the one in the general culture. There’s a lot of hanging out and then people just pair off rather than a clearer “courtship” process.

RNS: You talk about the poignant transition when YSAs age out, Logan’s Run style, after age 30. What are the pros and cons of such a system?

Riley: I think the pros are that these young people are able to take more responsibility and that the services and messages of religious leaders can be more closely tailored to their needs.

I think the cons are that the ward itself has a very transitional feel. People are constantly moving in and out. Whether they age out or get married, it can feel very impermanent. Which is how a lot of 20-somethings feel already. Every time you force a young adult to make a transition, you risk losing him or her and so adding another step to this process can be risky.