(RNS) Christians in Sudan frequently face arrests, impromptu questioning and expulsion. But this month, conditions worsened after the government announced a ban on the construction of new churches. 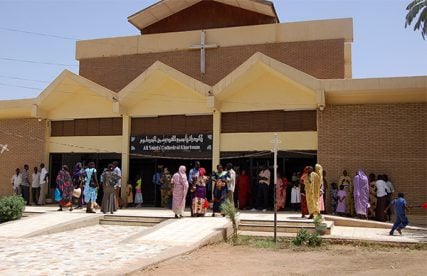 All Saints’ Cathedral in Khartoum is an Anglican church and one of the houses of worship that the Sudanese government says is enough to serve the remaining Christian population.

Shalil Abdullah, the Sudanese minister for guidance and religious endowments, made the announcement on July 12, sparking criticism from top Christian clerics who warned of shrinking worship space in the mainly Muslim and Arab north.

After South Sudan’s independence in 2011, many Christians moved to the newly formed country, which has a large Christian population. But a sizable number remained.

Abdullah argued there is no need to grant plots of land for new churches since the existing ones were enough for the remaining Christians.

The Rev. Kori Elramla Kori Kuku, general secretary of the Sudan Council of Churches, said the government’s intentions were shocking and misleading.

“We (Christians) have the right to have new plots of land and building of new churches,” he said. “We need the churches for the growing of Sudanese Christians.”

The human rights organization, Christian Solidarity Worldwide, which works on behalf of persecuted Christians, issued a statement, saying the continued practice of demolishing and confiscating church land constitutes a violation of the right of freedom of religion or belief.

Sudanese religious freedom became a rallying cry after the sentencing to death of Meriam Yahya Ibrahim, a Christian woman who was charged with apostasy. Although Ibrahim, who is married to an American citizen from South Sudan, was freed, she has been unable to leave the country.