(RNS) Meriam Yahya Ibrahim, the Sudanese Christian doctor sentenced to death for apostasy, has been set free after an appeal court canceled the death sentence, according to the state-run news agency SUNA.

Ibrahim, a 27-year-old Roman Catholic and mother of two, had been sentenced to hang in April for abandoning her Muslim faith, triggering global outrage and condemnation, including a campaign with more than 1 million signatures. 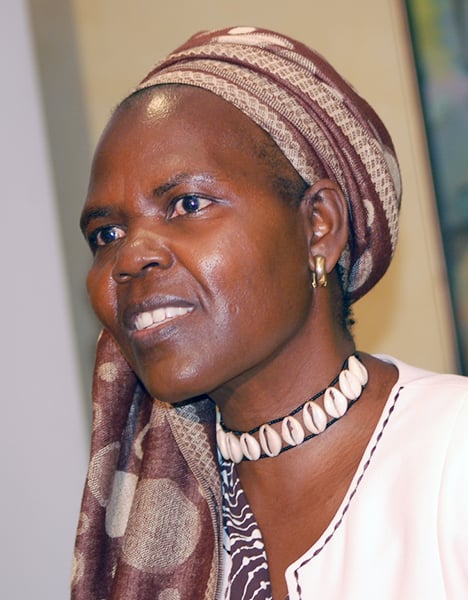 Agnes Abuom, an Anglican theologian in Kenya, is the moderator of the Geneva-based World Council of Churches.

“This clearly shows that the path of martyrdom is still there,” said Agnes Abuom, an Anglican theologian from Kenya who is the moderator of the Geneva-based World Council Churches.

“It is a huge, huge testimony of encouragement for the church and Christians in Sudan, who feel they are a minority.”

READ: Why Ibrahim’s life may still be at risk.

Before the release, Ibrahim had continued to breastfeed her 1-month-old baby in chains at the Omdurman Women’s Prison in Khartoum, while caring for her 20-month-old son, Martin. The latest verdict is a result of an appeal instituted by her legal team on May 22.

Many in the Muslim-majority nation held that Ibrahim, who married Daniel Bicensio Wani, an American citizen of South Sudan origin, should never have become a Christian because her father was a Muslim.

The couple was arrested in September for adultery, after men claiming to be Ibrahim’s relatives complained to authorities that she had broken Shariah, or Islamic law, by marrying a Christian man. The charges were dropped last year, but an appeal overturned the ruling, bringing in the more serious charge of apostasy.

“I think Sudan felt it did not have a case against her,” Abuom said. “I think Sudan also feared the case will jeopardize its diplomatic engagements globally.”

Dozens of protesters gathered in front of the White House on June 12, 2014, to support Meriam Ibrahim, a Sudanese woman who was sentenced to death for marrying a Christian man, who is also a U.S. citizen. Ibrahim was held as prisoner in Sudan with her toddler and newborn.

In Sudan, where Christians and churches are often persecuted through arrests and frequent interrogation of church leaders, clerics had come out boldly to demand her release.

“Never in her life did she embrace the Islamic religion nor renounce it,” said the Rev. Mussa Timothy Kacho, vicar general for the Khartoum Roman Catholic Archdiocese, in a statement.

Ibrahim and her brother Hassan, according to the cleric, were probably born out of wedlock. Their father, Yahya Ibrahim Ishag, abandoned the late Zahra Tesfai, an Ethiopian from the Orthodox Church, when Meriam Ibrahim was 5 years old.

Ibrahim never saw her father, according to the cleric, grew up under the care of her Orthodox Christian mother and was admitted into the Catholic Church before she could marry her husband.

“The Catholic Church expresses deep regret over the way the case is being handled in the court in disregard” of Ibrahim’s “moral and religious belief,” said Kacho.

For her freedom, the courts had earlier demanded she recant her Christian faith and end the marriage to her Christian husband, but Ibrahim kept her faith and remained married.