(RNS) A group of Satanists is challenging the Supreme Court’s Hobby Lobby decision by providing a letter women can give to doctors to avoid being handed state-mandated “informed consent” literature before seeking an abortion. 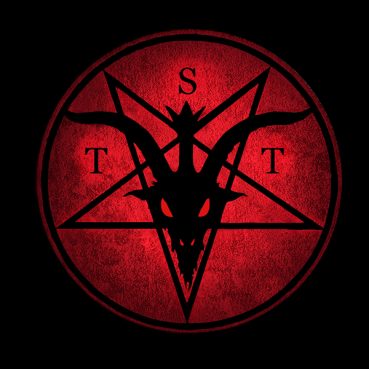 The Satanic Temple’s logo features Baphomet and a pentacle below the organization’s initials.

But constitutional lawyers say the effort may be a toothless challenge with little or no legal footing.

Even so, that doesn’t deter the Satanic Temple, a New York-based organization that claims 10,000 members. The group does not believe in a literal devil but sees Satan as a a symbol of philosophical rebellion against supernatural beliefs. It takes issue with state-mandated “informed consent” literature given to women seeking to terminate a pregnancy.

“We are saying we do not believe the state-mandated information is integral to making our decisions about health care, and we find it coercive and we will likewise seek an exemption,” said Jex Blackmore, a spokeswoman for the Satanic Temple and head of its Detroit chapter, the first outside New York.

“We are not a corporation, but we are still people, so the underlying claim that the rights applying to corporations as individuals still apply to people with personhood,” Blackmore said. “You don’t have to be part of corporation to have rights protected as a person.”

The beliefs in question are the Satanists’ reliance on science, Blackmore said, and not on “bias” or “political influence” that they say are behind the state-mandated literature given to women seeking abortions.

“As an adherent to the principles of the Satanic Temple, my sincerely held religious beliefs are: My body is inviolable and subject to my will alone,” the letter begins. “I make any decision regarding my health based on the best scientific understanding of the world, even if the science does not comport with the religious or political beliefs of others.”

The letter goes on to equate state-mandated literature with “political information” and says that communicating it “imposes an unwanted and substantial burden on my religious beliefs.”

But constitutional scholars and lawyers who were shown the letter say it’s riddled with legal red flags.

“It is not altogether clear to me that even if sincere, their beliefs are in fact religious, as opposed to merely philosophical,” said Cole Durham, a law professor at Brigham Young University. Even if they do meet that standard, he continued, “informed consent laws are general and neutral laws which do not target any specific religion, and thus would override constitutional free exercise claims.”

All 50 states have some form of informed-consent laws; 35 of them specifically pertain to abortion, according to the Guttmacher Institute, which tracks reproductive rights.

Robert Destro, a law professor at the Catholic University of America, said the Satanists have a basic misunderstanding of the Religious Freedom Restoration Act, the 1993 law the Supreme Court cited as the basis for its decision in Hobby Lobby. RFRA applies only to the federal government, so it would not apply to state-mandated literature.

But even if state versions of RFRA were found by a court to apply, there is still trouble with the Satanists’ assertion, Destro continued. If a state law requires informed consent, and a doctor does not give out the literature, he or she is in violation of the law — and can be sued by the patient afterward.

“So, in the end, the doctor has a choice to make: either offer the materials, or not,” he said. “Religion has nothing to do with it.”

Blackmore acknowledged that the challenge was a complicated one.

“The legal nuances of that, we trust, will be played out in court by lawyers who are able to debate this,” she said. “This is a complicated issue with several avenues to explore.” 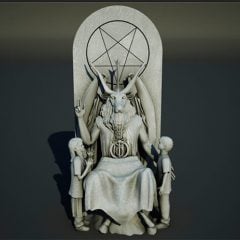 The Satanic Temple has unveiled its proposal for a monument it intends to erect next to another religious statue — a depiction of the Ten Commandments — on the Oklahoma State Capitol grounds. Illustration courtesy of the Satanic Temple

The Satanic Temple has attempted to take advantage of a court ruling before. In January, it released plans for a monument featuring a horned Satan figure for the grounds of the Oklahoma State Legislature. The group also gained attention in May when a proposed “black Mass” at Harvard University prompted a protest.

Blackmore said the current letter is “a first step” in a larger women’s health initiative that will focus on reproductive rights.

“Our overall goal is to protect abortion access,  but we are also interested in combating mandated ultrasounds, right-to-know laws and any coercive, typically religious-based mandates from the state,” she said.