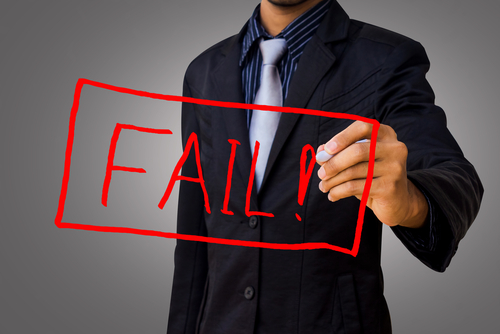 Years ago in my ward, I attended a farewell party for a young man from our community who was heading out on his mission. Let’s call him John. We all ate, swam, talked, and gave John gifts of hope and encouragement.

Then a couple of weeks later, he came home.

We didn’t see John in church much after that. In fact, I’m not even sure he is still LDS, since I no longer live in that ward and don’t keep up with his family other than a casual Facebook relationship.

What I do remember is hearing gossip in the ward: he was homesick, he had a breakdown, there was a girl involved, he was not mature enough, he couldn’t master the language, etc. This talk was well-meaning and not at all vicious, but it was still gossip. People wanted an explanation.

I said nothing and don’t remember contributing to the gossip, but neither did I reach out to John in any way. I should have said something to encourage him. I did talk to his dad, who brought up the subject in conversation. His frustration and his love for his son were both equally evident. He did not understand his son’s need to come home, and thought John needed toughening up.

This morning, LDS Living reposted a 2011 article by a man who had to return early from his mission due to depression and bipolar disorder. It’s a strong piece and recommended reading. He talks about his own feelings and also the enduring stigma of an early return. In Mormonism that stigma may be most acute in the immediate aftermath of the “failed” mission, but it can last a lifetime whenever people casually ask, “So, where did you serve your mission?”

I don’t have a shred of evidence to back this up (and if any of you have evidence or counter-evidence, I hope you’ll share it), but I strongly suspect that with the reduced age requirement for missionary service we are going to be seeing an increase in early returns. Some young missionaries, fresh out of high school with no prior experience of living on their own, will not be able to handle the considerable social pressure and physical requirements of a mission.

This is an opportunity for the Mormon people, a chance to show our love for them and our admiration for their willingness to try something new and difficult.

But the language we now use is of failure and damage. This language makes it worse. The LDS Living author hopes that we can find another narrative for these former missionaries, one that sees value in the time they did serve:

In the military, the view of completing missions and of wounded comrades is quite different from our view of similar situations in religious missions. If soldiers rush into battle and are wounded on their first mission or 50th mission, they are treated the same. They are given medals. They are applauded for their service, no matter how long. Their brothers and sisters at arms risk their own lives to rescue and restore those soldiers to their homes. No one looks at them differently. No one says, “Well, you didn’t really help the war effort, did you?” or “Toughen up, man. It’s just a bullet.” These brave men and women are honored and respected for their service.

So should it be with missionaries. We were willing to go where the Lord asked. Sometimes we get hurt. All we ask for is acceptance and love. We return with dread, hoping our partial offering will still be acceptable to those we care about most. My hope is that every missionary will be loved and respected. With your understanding and support, it can happen.

Amen to that. These people have already suffered enough.

News
Mormon leader: Nicknames for faith are ‘victory for Satan’
Follow us on Facebook!
Submit your photos to RNS