A draft image of a page from Hemant Mehta’s upcoming book “God is an Abusive Boyfriend (and you should break up)”. Artwork by Tracey Moody, taken from the Kickstarter campaign and used with permission.

UPDATE: One day after launching the book’s Kickstarter campaign, Mehta has announced its cancellation: “Even if I believe the concept behind the book is a valid one, the execution was poor and it upset a lot of good people. My apologies to anyone in that crowd.”

ORIGINAL POST: Yesterday (August 6), “The Friendly Atheist” blogger Hemant Mehta announced his newest project: a fundraising campaign for a book entitled God is an Abusive Boyfriend (and you should break up).

Featuring artwork by Tracey Moody, the picture book will draw parallels between belief in God and an abusive relationship. While initially describing it as “the most fun I’ve ever had on a writing project,” Mehta acknowledged that the subject might be controversial to some.

“We understand some people will have strong feelings about this project, but it’s certainly not our goal to offend anyone,” he wrote on the book’s Kickstarter page. “If you’re religious, we hope it nudges you to think differently. If you’re not religious, we hope you find it entertaining and informative.”

But a number of atheists did take issue with it. Heidi Anderson, an atheist who has spent much of her life working with victims of domestic abuse, was among them.

“It’s highly insensitive to victims of domestic violence and a gross simplification of the way some people view religion. Many victims of abuse find healing in their spirituality,” Anderson said. “It’s also a really bad example to me as an atheist, because unlike God, abusive partners are real and cause real damage.”

Others took to social media and blogs to express their disagreement. At Skepchick, activist and domestic abuse survivor Sarah Moglia explained why she considers the comparison problematic:

Are there instances where religion is used to justify the oppression of women? Absolutely. But to define someone else’s personal religious beliefs for them while making a hacky joke about domestic violence is just gross and extremely disappointing. And yet, people still wonder why there aren’t more women involved in organized atheism.

Moody’s draft artwork was also criticized. Former fundamentalist Christian Sarah Jones, who recently guest hosted this column for two weeks, commented on it in a critical post on her blog:

I, unlike Hemant Mehta, had an abusive boyfriend. That girl on the cover, with her eyes shifted, her body language stiff, is not an abstract concept to me. When I saw that image, I thought of myself.

After the initial pushback, Mehta added an update to the Kickstarter page defending the project and responding to criticism. I reached out to ask what he thought of the reaction to the book’s announcement.

A draft image of a page from Hemant Mehta’s upcoming book “God is an Abusive Boyfriend (and you should break up)”. Artwork by Tracey Moody, taken from the Kickstarter campaign and used with permission.

Mehta repeatedly stressed that the book is not intended to belittle “actual physical abuse” and defended the concept.

“The first time I heard the analogy of God as an abusive boyfriend, it was when a feminist friend made the comparison during a lecture a few years ago,” Mehta said. “The lecture was humorous in nature and received a very warm reception from the audience. Everyone seemed to understand that the analogy wasn’t perfect, but it made a powerful point: Many people who leave religion come to realize that their relationship with God was not entirely different from an emotionally abusive relationship.”

Mehta also referred to the fact that he posted a YouTube video on the same topic last week, saying that “the reception from viewers who watched the whole thing was overwhelmingly positive.”

But while he said that anyone who thinks the book is “victim-blaming” is employing “an uncharitable interpretation of this project,” he admitted it may have some problems.

“Are the pictures too graphic, like one of Tracey looking very scared when hiding things from God? Unfortunately, that may be true,” Mehta said, adding that he and Moody hope to add a male character to the book and plan to run all of the artwork by others before publication. “If any of them rub people the wrong way, we will change them.”

He also acknowledged some issues with the book’s announcement. 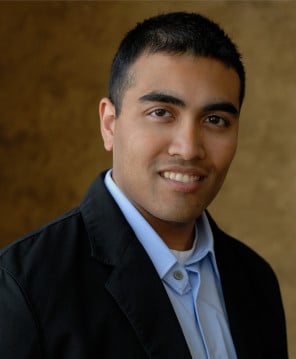 “There are some word choices I used in the Kickstarter that I would love to go back and change because I know they came off the wrong way,” Mehta said. “There’s nothing fun or entertaining about [abuse]. But if people want to pick out words and phrases in an effort to claim I’m misogynistic or delight in abuse, instead of looking at the broader picture of what we’re trying to do, I can’t stop them.”

While it has met with controversy, the project isn’t without supporters; many of the comments on Mehta’s blog are positive, and the campaign is approaching $2,000 from around 50 donors in less than 24 hours.

“Don’t judge a book by its cover” can of course be a helpful expression, and we can’t know for sure how the finished book will look yet. As a regular reader, I’ve frequently enjoyed Mehta’s work. But as someone who has professionally counseled people in abusive relationships, I’m very concerned that this cartoonish book might take a flippant approach to a very serious issue. And as someone who knows many people with very different conceptions of God, I’m frustrated that the book’s central argument seems to treat the breadth of theism so narrowly.

That’s my take. What do you think about this book and the response to it?