(RNS) Although evangelical moviemakers have been in the spotlight lately with features such as “Son of God” and “God’s Not Dead,” at least one other prominent, mainstream director is also turning — or returning — to religion. 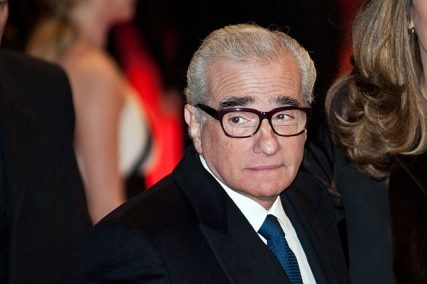 Martin Scorsese at the premiere of the film “Shutter Island” at the 60th Berlin International Film Festival in 2010.

Martin Scorsese, whose 1988 film “The Last Temptation of Christ” ignited national controversy, is negotiating with Paramount Studios to distribute a new movie about Jesuit missionaries, according to the show business newspaper Variety.

The historical drama “Silence,” stars Andrew Garfield and Liam Neeson and begins shooting in Taiwan later this year. Based on Shusaku Endo’s 1980 novel of the same name, it’s a dark, true tale set in 17th-century Japan.

The Jesuit order sends a young priest (Garfield) to find his Portuguese mentor who has been missing for 10 years. Rome believes the older Jesuit (Neeson) may have renounced his faith under torture during the severe persecution of Christian missionaries and converts.

This is the third time Hollywood studio and serious directors have attempted to capture the Jesuits’ sometimes-heroic efforts beyond Europe:

What accounts for this continuing cinematic fascination with the Jesuits, especially now, with the first Jesuit pope, and an increasingly progressive Latin American at that? 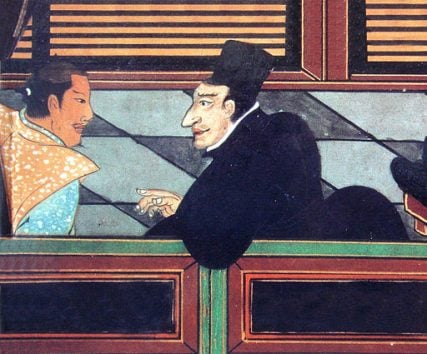 Jesuit with a Japanese nobleman, circa 1600.

It’s possible — and probably likely — that Hollywood’s Jesuit attraction is as much ideological as theological.

In “The Mission,” the character who played the Vatican’s emissary, charged with ordering the Spanish Jesuits to abandon their communal agricultural settlements, complains about “Jesuit contempt for the authority of the state.” But, as a former Jesuit himself, the cardinal also acknowledges that “the paradise of the poor never pleases those who rule above them.”

In “Silence,” which is scheduled to open in the fall of 2015, the Japanese feudal lords are just as threatened by the Jesuits as are the Portuguese in “The Mission.”

The Rev. Antoni Ucerler, a Jesuit historian who has consulted on the film with Scorsese and his production team, points out that it was the loyalty of local Christians to a “divine Lord” that transcended the iron rule of the Tokugawa shoguns that authorities feared most. “Such a faith undermined the entire system of absolute rule,” he said. “For this reason they called it the ‘evil teaching.’”

All three films depict the order’s willingness to incorporate, rather than simply condemn, indigenous practices some in Rome considered anathema.

Jesuits also allowed prayer in native languages and rejected coerced conversions. The Rev. Thomas J. Reese notes that, just as Christianity moved away from its Jewish character when its geographic center shifted from the Middle East to Europe, so Jesuit missionaries adapted when they brought the gospel to North and South America, and to Asia.

“Jesuit missionaries were on the forefront of globalization before the term became trendy,” Reese said. “Their lives and ministries dramatized the meeting of civilizations. … What was a personal encounter in their time is global in ours. Today we face the same religious, cultural, and moral issues they did but on a global scale. That’s high drama.”

The Jesuits attempted to assimilate or transform the local culture. For example, they saw Chinese ancestor “worship” as veneration — similar to Europeans praying to saints — and therefore acceptable.

Competing orders — like the more conservative Franciscans and Dominicans — complained to the Vatican that the Jesuits’ syncretism gave them an unfair advantage in gaining converts. They claimed the Jesuits ignored, if not accepted, practices like infanticide, promiscuity, divorce, remarriage, and nature worship.

Church leaders went back and forth on the issue, but on a 1987 visit to Chile, Pope John Paul II seemed to side with the early Jesuits, telling a gathering of Mapuche Indians he wanted “to encourage the Mapuches to conserve with a healthy pride the culture of their people; the traditions and customs, the language and their own values.”

Jesuits with a long memory must have been pleased.

(Longtime religion writer Mark I. Pinsky has written extensively on religion and film.)