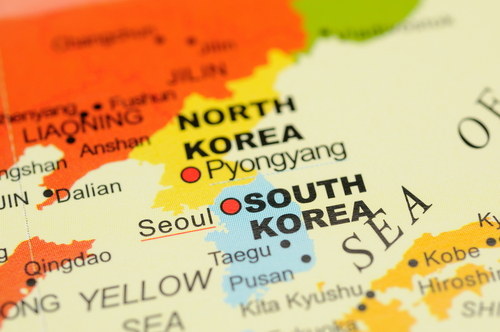 Closeup of North Korea and South Korea on a map.
August 13, 2014
Josephine McKenna

(RNS) When Pope Francis’ plane touches down in Seoul on Thursday (Aug. 14), it will mark his third trip abroad, after visits to Brazil and the Middle East.

Catholics are a minority in South Korea; they represent just over 10 percent of the population there. But their numbers have doubled since 1990, and the pope wants to encourage them.

The pope is expected to give 11 speeches during this visit -- four of them in English. 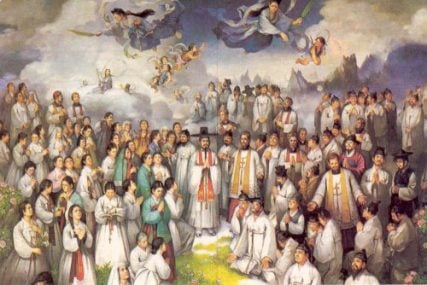 He is already planning his return trip to Asia; he plans to visit the Philippines and Sri Lanka in January.

Here are five issues on the pope’s agenda:

On Saturday (Aug. 16), the pope will beatify 124 Korean Catholic martyrs who were tortured and beheaded for refusing to renounce their faith during Korea's Joseon kingdom, from the 15th to 19th centuries. Beatification is one of the first steps toward sainthood in the Catholic Church.

In 1984, St. John Paul II canonized another 103 Korean martyrs during his own papal visit to South Korea.

On this trip, Francis is meeting with descendants of some of the martyrs.

2. Looking to the future

One of the main reasons for his visit is Asia Youth Day (Aug. 13-17), which will bring together thousands of young Catholics from the region.

The Vatican estimates 100,000 people are baptized in Korea every year.

Asia is a complex region scarred by centuries of violence and repression. Francis wants to bring healing and hope.

The Vatican said the pontiff is expecting to greet a group known as “comfort women” who were used as sex slaves by Japanese soldiers during World War II. No private meeting is scheduled.

He is also likely to meet the survivors and families of the 300 victims who perished in the recent ferry accident off the coast of South Korea.

But the pope may also find protesters -- including Catholic nuns and priests -- disrupting the Mass he is planning to celebrate in Seoul on Saturday (Aug. 16).

Close-up of North Korea and South Korea on a map.

No one is sure how many Catholics survive under the repressive dictatorship of North Korea since the country was divided in half in 1953.

The Catholic Archdiocese of Seoul invited a delegation of Christians from North Korea to attend Pope Francis’ final Mass in Seoul's cathedral Sunday. But the Vatican has said that authorities in the North had rejected the invitation.

5. China: the elephant in the room?

China and the Holy See haven't had diplomatic relations since 1951, when the Communist Party officially assumed control.

In keeping with the tradition of papal voyages, the pope sent a telegram to Beijing as he flew over Chinese airspace Wednesday en route to Seoul and became the first pope to do so.