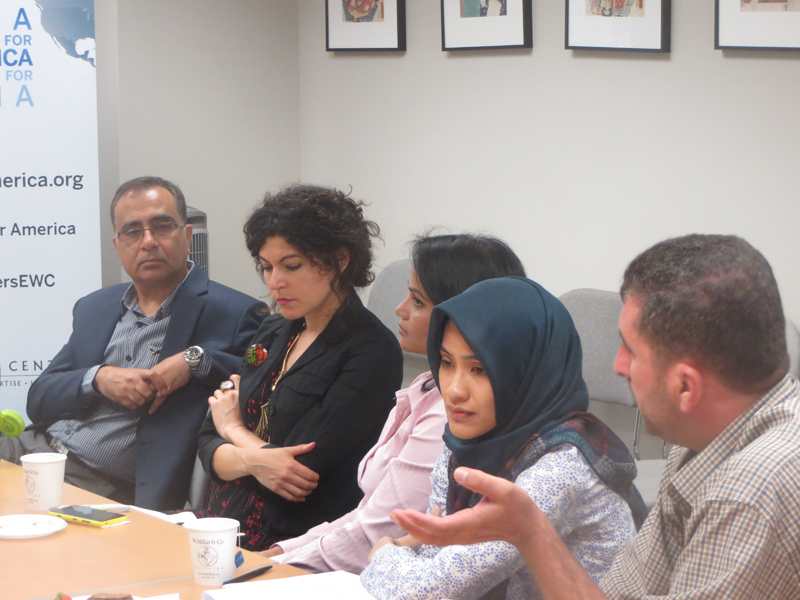 (Travelblog is an occasional series of posts by RNS Editor-in-Chief Kevin Eckstrom, who's on the road in Boston, Honolulu, Jakarta and Banda Aceh with the 2014 Senior Journalists Seminar, sponsored by the East-West Center in conjunction with the U.S. State Department) 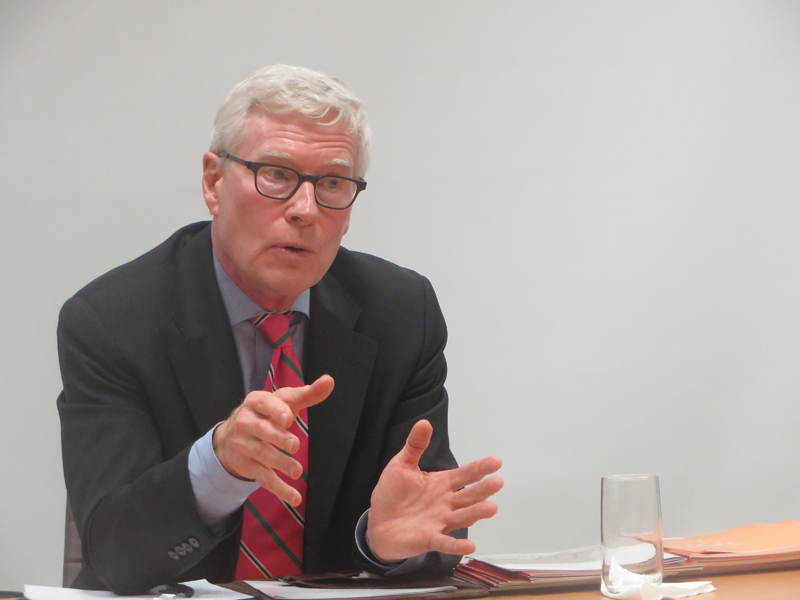 Charles Haynes directs the Religious Freedom Education Project at the Newseum in Washington.

WASHINGTON (RNS) Does the First Amendment protect hate speech? Yes. Does it also protect you from being offended? No. But should it? Depends who you ask.

I'm on Day 5 of a three-week seminar that's brought together four American journalists with eight journalists from Asia and the Muslim world. The goal is to introduce each side to the other, and to translate our different cultures in a bid to increase understanding and religious literacy.

When we dived into the First Amendment with Charles Haynes, director of the Religious Freedom Education Project at the Newseum, Haynes (as he always does) offered a robust defense of American free speech -- even speech that many consider vile and offensive. Take Terry Jones, the whackadoodle Florida pastor who makes a sport of burning the Quran.

"These First Amendment freedoms are messy, they're difficult, they protect all kinds of things we find offensive," Haynes said, "but the very messiness of it is at the core of who we are as a free people."

My Pakistani colleague, Yasir Pirzada, wasn't convinced. Vijay Joshi, an Indian-born editor for The Associated Press based in Bangkok, gladly embraced the role of devil's advocate. 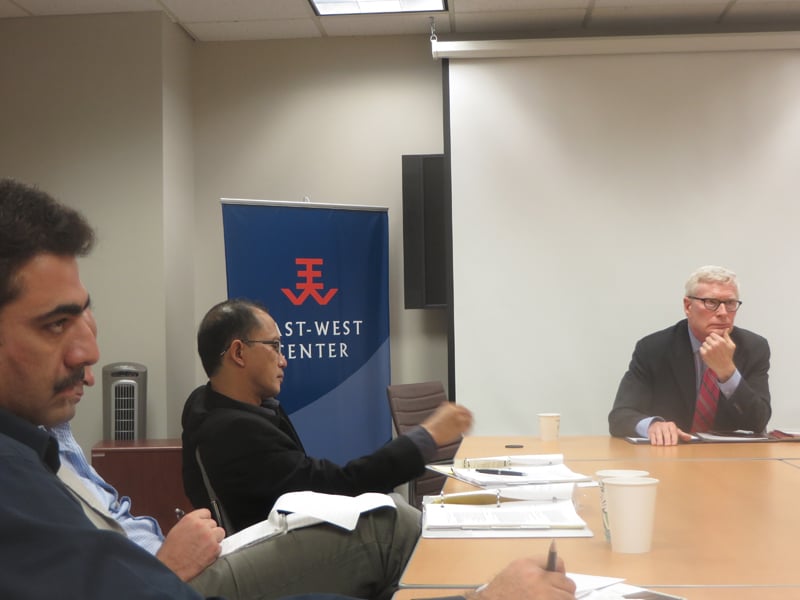 Pakistani journalist Yasir Pirzada, left, was skeptical about U.S. refusal to ban hate speech. At right is Charles Haynes, director of the Religious Freedom Education Project at the Newseum. Photo by Kevin Eckstrom.

"Everybody knows what hate speech is," Yasir responded matter-of-factly. And as such, it would be easy to ban, which is what they do in Pakistan, where anti-blasphemy laws can send you to life in prison -- or worse -- if you offend religious sensibilities.

Haynes offered up the example of Martin Scorsese's "Last Temptation of Christ," the 1988 flick that was blasted as offensive to Christians. Pretty much everyone found something not to like in that film, but it was never censored or restricted. It was met with box office protests, but no government edicts.

"The fact that people are deeply offended is not an opportunity to say, 'Well, now we know that's hate speech,'" Haynes said. The answer to hate speech -- whether online, in the movies, in the newspaper, wherever -- is to push back with positive speech, he said.

Indeed, hate speech is an amorphous beast. One person's divine revelation is someone else's sacrilege. Americans have always been nervous about trying to put limits on what's acceptable (or not) speech, and we may never figure it out. But for Yasir and Vijay, it didn't seem to make sense.

Later, in the back of a taxi, I asked Yasir about banning hate speech and how to define it. "If somebody deliberately speaks in order to offend somebody's ideas about faith, and the intention is to offend, that's hate speech," said Yasir, who writes for the Daily Jang, one of the leading newspapers in Pakistan.

He also pointed to parts of Europe, where questioning the Holocaust is illegal. "Who has decided there should be restrictions on speech that's anti-Semitic? Somebody has decided it."

Which brought us to "The Innocence of Muslims," the incendiary anti-Muslim film from 2012 that touched off riots around the world and may (or may not) have led to the deadly attack on the U.S. consulate in Libya. Muslims can deal with questions about Islam, Yasir told me, but not attacks on the Prophet Muhammad.

The reason, he said, is because Islam's prophet is "above all."

At the time, much of the Muslim world asked why President Obama didn't step in and pull the film. (The obvious answer: he can't). But in a globalized world, an offensive movie produced (and allowed) in the U.S. has real-world consequences elsewhere. And that's why, Yasir reasoned, that if the U.S. is interested in peace, then why not ban things that lead to violence?

Haynes admitted that American military, cultural or political exports aren't always received well in the Muslim world, and our embrace of free speech comes at a price -- in Libya, it may or may not have been the lives of U.S. diplomats. Yasir said Americans can and should embrace free speech, but remember that freedom is never free. "That's your decision about whether that's a price worth paying," Yasir told me.

Why does the Muslim world seem much more easily offended than we Yanks? Yasir didn't have the answer, and neither did I. We chalked it up to cultural differences. As our taxi pulled up to a mosque, Yasir looked out to see a Muslim woman shaking hands with male visitors. A scene like that would be hard to imagine in much of the Muslim world, he said.

"Talk about a cultural difference."