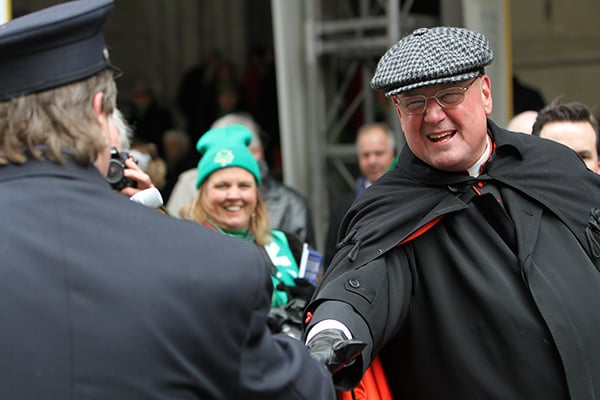 But it didn’t take long for conservative church critics to turn.

After initially signaling his grudging acceptance, William Donohue of the Catholic League came back with a revised view when he realized that more than one gay group could be allowed to march in the future.

“The goal of these activists, supported by the corporate elite, is to neuter the religious element of the parade,” Donohue said. “This is an Irish-Catholic parade, and if what comes after the hyphen is cut, so will the parade’s support, beginning with the Catholic League.”

The St. Patrick’s Day parade is closely identified with Irish-Catholicism but it is not a church-sanctioned event.

In his statement welcoming the decision of parade organizers to accept a gay and lesbian contingent from NBC, which broadcasts the event, Dolan stressed New York’s archbishops have never “determined who would or would not march in this parade.”

Maybe not, but the late Cardinal John O’Connor made it clear in the 1990s that allowing gays to march would be like editing the Apostles’ Creed.

One of the most blistering rips at Dolan and the parade organizers came from a Washington priest, Monsignor Charles Pope, who blogs at the website of the Archdiocese of Washington.

In a column, Pope took aim at the St. Patrick’s Day parade and also the annual Al Smith Dinner hosted by the archbishop of New York and featuring Democratic and Republican presidential nominees. William Donohue of the Catholic League, who was one of the biggest opponents of gay participation, initially signaled his grudging acceptance: “One would hope that all the new entries will conduct themselves in a manner that honors St. Patrick, lest another round of controversy emerges,” Donohue said.

Dolan faced sharp conservative attacks in 2012 for following tradition and inviting President Obama as well as Mitt Romney. This latest move by Dolan was too much for Pope:

“It’s time to cancel the St. Patrick’s Day Parade and the Al Smith Dinner and all the other ‘Catholic’ traditions that have been hijacked by the world,” he wrote. “Better for Catholics to enter their churches and get down on their knees on St. Patrick’s Day to pray in reparation for the foolishness, and to pray for this confused world to return to its senses.”

The Washington archdiocese took Pope’s post down, though it can still be read at the traditionalist website, Rorate Caeli, which called Dolan’s welcome of gays and lesbians to the parade “The St. Patrick’s Day Massacre.”

Rod Dreher, a writer for The American Conservative and a former Catholic-turned-Orthodox, chimed in with a post titled “You’ve Been Dolanized,” in which he said his Catholic friends in New York are very unhappy.

“I wonder how long it’s going to take before (Dolan) realizes that he will have earned no new friends — the people he’s trying to charm are still going to hate him and make fun of him — and alienated the old ones who would have normally been his most loyal ones?” Dreher wrote.

How much impact this criticism will have is unclear. But Dolan clearly seems to be comfortable with the more inclusive posture adopted by Pope Francis.

The cardinal last month gave a lengthy interview to the Boston Globe’s Vatican expert, John Allen, in which Dolan indicated that the days of the culture wars in the church were coming to a close.

The effort to withhold Communion from pro-choice Catholic pols “is in the past,” he said. And he also said that Francis wants pastoral, social justice-focused bishops “who would not be associated with any one ideological camp.” 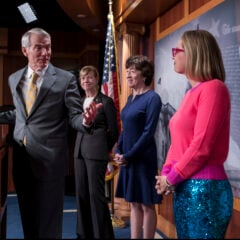