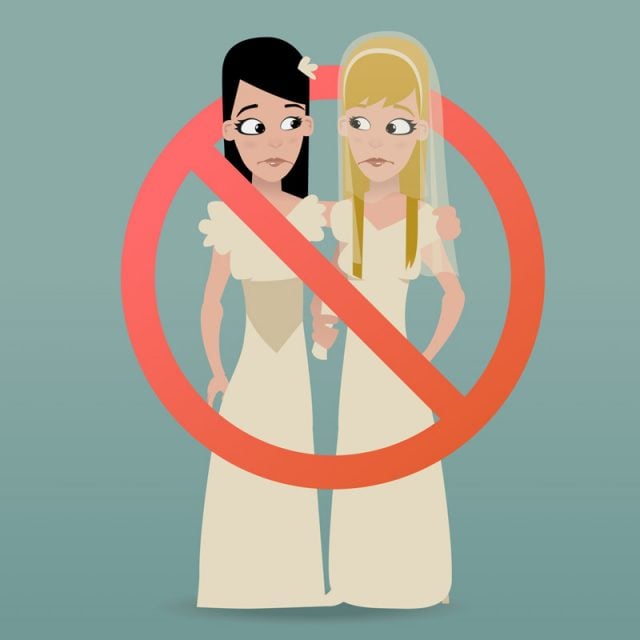 Mormon leaders have joined their voices with those of four other Christian traditions in urging the Supreme Court to take a stand against same-sex marriage.

And those four other groups have not exactly been historical friends to the Latter-day Saints.

On Thursday, the five groups filed an amicus brief requesting the nation’s highest court to hear an appeal that originated in Utah. They desire the court to rule definitively in favor of traditional marriage between a man and a woman.

Let’s take a look at those four groups.

And yet here we all are, filing briefs together in this cozy manner. Strange, strange bedfellows.

Why is the LDS Church joining forces with religious groups that have rejected it? And why are those groups in turn courting favor with the Mormons whose theology they have so roundly criticized?

Because the enemy of my enemy is my friend. Southern Baptist leader Al Mohler said as much when he spoke at Mormon BYU last fall:

“I do not believe that we are going to heaven together, but I do believe we may go to jail together . . . I do not mean to exaggerate, but we are living in the shadow of a great moral revolution that we commonly believe will have grave and devastating human consequences.”

Mohler couldn’t get through his speech without emphasizing that Mormons were wrong about the Trinity or stating without equivocation that he didn’t think the Mormons in the audience would be joining him someday in heaven.

But still, he said, those theological differences can and should be put aside in the face of a much broader evil, which he cast in terms of a loss of religious freedom. Sexuality, he said, is “now clearly becoming a religious liberty issue.”

Now, this is interesting. Baptists have been preaching about religious liberty for centuries now, with a glorious tradition of urging a “wall of separation” between what Roger Williams called the “garden” of the church and the government. In order to protect that garden, government can’t interfere with religion.

It’s ironic, then, that Southern Baptists, as ecclesiastical heirs to Williams, should call upon the government to deprive some individuals of basic civil rights under the law — in the name of religion.

And it’s doubly ironic that the Baptists should join hands with the Mormons in order to do so.