(RNS) In November, Sister Maureen Fiedler hand-delivered a letter to Pope Francis’ ambassador in Washington, D.C., urging the pontiff to renounce a series of 15th-century church documents that justify the colonization and oppression of indigenous peoples. 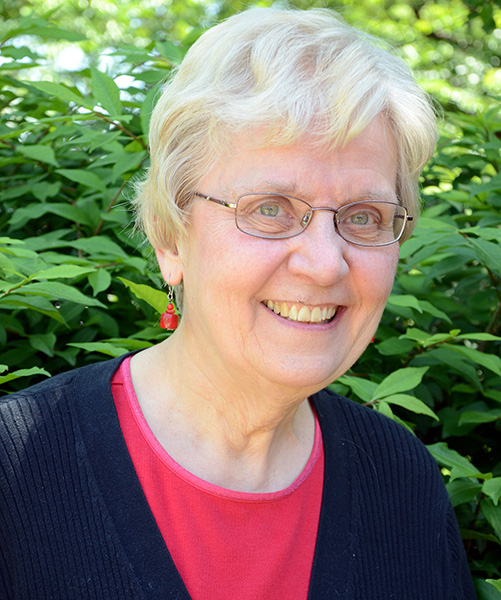 In November, Sister Maureen Fiedler hand-delivered a letter to Pope Francis’ ambassador in Washington, D.C., urging the pontiff to renounce a 15th-century church document that justifies the colonization and oppression of indigenous peoples. Photo courtesy of Jean M. Schildz, The Loretto Community

She doesn’t know if the letter made it to the Vatican. But she’s hopeful a recent resolution by the Leadership Conference of Women Religious will spur the pope to repudiate the centuries-old concept known as the “Doctrine of Discovery.”

“When I learned about it, I was horrified,” said Fiedler. As a member of the Loretto Community, a congregation of religious women and lay people, Fiedler first heard of the doctrine when her order marked its 200th anniversary by challenging “the papal sanctioning of Christian enslavement and power over non-Christians.”

The Doctrine of Discovery is a series of papal bulls, or decrees, that gave Christian explorers the right to lay claim to any land that was not inhabited by Christians and was available to be “discovered.” If its inhabitants could be converted, they might be spared. If not, they could be enslaved or killed.

The doctrine’s modern influence re-emerged recently in the debate about the racism and exploitation of Native American sports mascots, Fiedler said. It has justified efforts to eliminate indigenous languages, practices and worldviews, and it affects Native American sovereignty and treaty obligations.

Since 1823, it has also been enshrined in U.S. law. In 2005, Supreme Court Justice Ruth Bader Ginsburg cited the Doctrine of Discovery in a land-claim ruling against the Oneidas, one of the six nations of the Haudenosaunee.

The Loretto Community collaborated with a member of the Osage Nation to create a 2012 resolution. Last fall, the order joined 12 other Catholic groups asking the pope to rescind the decrees.

By revoking these papal bulls, the signers said, “all will know that today’s world is different from that of the 15th century as we move away from patterns of domination and dehumanization,” the resolution says.

Last year, the Loretto Community took the additional step of approaching the Leadership Conference of Women Religious, requesting that the group, which represents about 80 percent of U.S. nuns, consider a similar resolution. Last month, the LCWR members overwhelmingly approved a resolution during their annual conference in Nashville, Tenn.

Before the vote, Sister Pearl McGivney, president of the Loretto Community, which is based in Nerinx, Ky., spoke about the injustice of the doctrine.

“We had just been singing a hymn with the line, ‘Who will speak if you don’t? … Speak so that their voices will be heard,’” Fiedler recounted. “In this case, we were talking about the voices of Native Americans, who are so seldom heard.”

Indigenous groups have sought to overturn the doctrine since at least 1984. In its 2007 Declaration of the Rights of Indigenous Peoples, the United Nations criticized policies like the Doctrine of Discovery as “racist, scientifically false, legally invalid, morally condemnable and socially unjust.”

Since 2007, numerous faith communities have called for repudiation, among them, the United Methodist Church, the Unitarian Universalist Association, the Episcopal Church, the World Council of Churches, several Quaker meetings and the United Church of Christ.

LCWR’s resolution calls on the pope to publicly acknowledge the continuing harm indigenous peoples suffer; clarify and repudiate any remaining legal status of the doctrine; dialogue with indigenous people and collaborate in planning a sacred ceremony of reconciliation; and issue a pastoral statement to courts of settler nations, urging them to change laws derived from the doctrine.

The Vatican has said that later bulls and papal apologies show the church no longer supports the doctrine.

“The wrongs done to the indigenous people need to be honestly acknowledged,” Saint John Paul II said in 1998. He also delivered a sweeping apology in 2000 for the church’s mistreatment of groups, including indigenous peoples.

But this pope should act, decisively too, said Philip Arnold, a Syracuse University religious studies professor who has worked with a Syracuse, N.Y.-based study group on the doctrine.